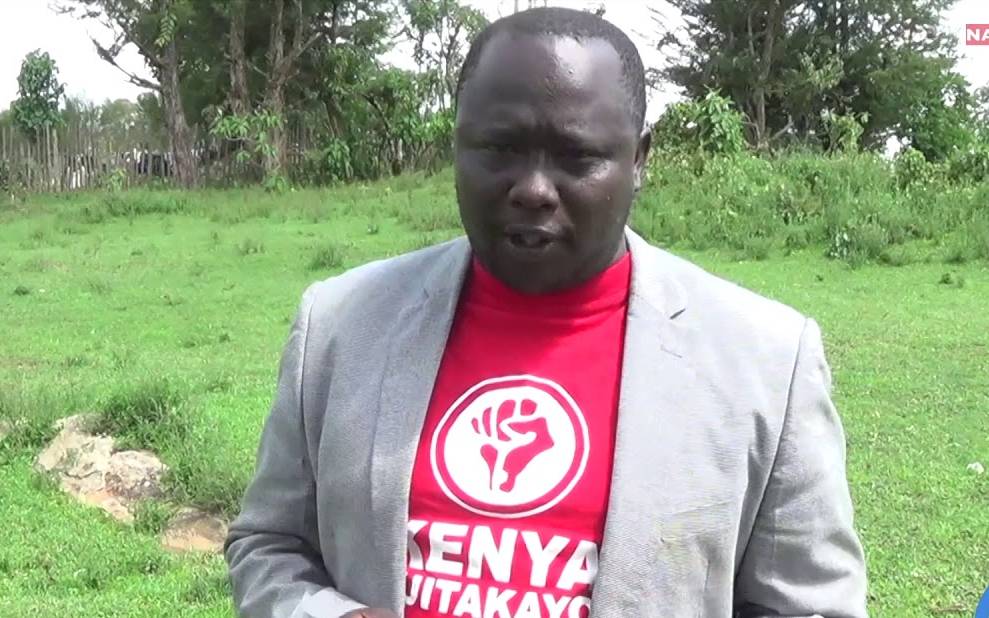 West Pokot comedian and activist Dennis Kapchok Ruto (pictured) who is popularly known as Mulmulwas was at the weekend arrested in Kapenguria and brought to Nairobi over claims of hate speech against a senator.

Police said they are investigating claims of cyber harassment under the Computer Misuse and Cyber Crime Act over a post he made on his social media against Senate Majority Leader Samuel Poghisio.

Poghisio, who is also the local senator had apparently complained to police that the post Kapchok made was malicious and was a form of harassment to him.

This prompted police to move to action and traced Kapchok to Kapenguria where he was arrested and brought to the city. He is expected to be produced before the court where police will seek more time to hold him as they investigate the issue.

This, according to police, is because the comedian is uncooperative and the probe is yet to yield much. He had apparently deleted some of the posts he made but the officers have so far retrieved them.

Nairobi police boss Rashid Yakub said his officers are holding the man and are still conducting investigations into the claims he made.

“The said post he made was derogatory but the courts will decide the way forward,” he said.

Kapchok shot to fame in 2018 when West Pokot Governor John Lonyangapuo referred to him as “kijana fupi, round-Mulmulwas” during a public rally in Kapenguria. This followed a tiff he and the comedian they had.

Locals had been concerned about his whereabouts but were informed he is being held in Nairobi. Kapchok is a known entertainer in West Pokot.