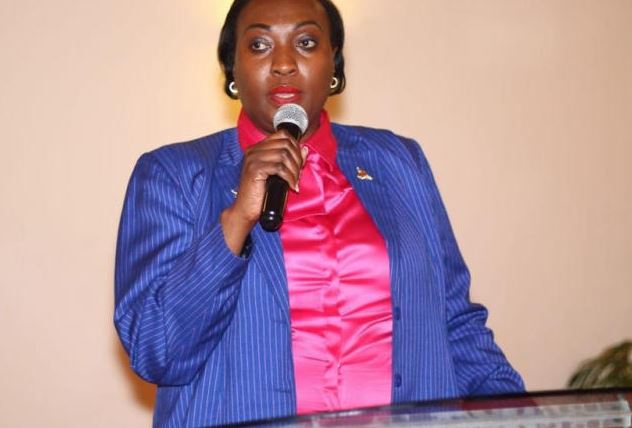 Under pressure to name his deputy, Nairobi Governor Mike Sonko is hanging on to a legal straw to have it his way.

The county has been without a substantive deputy governor since January 2018 when Polycarp Igathe resigned, citing a lack of trust from his boss.

Since then there have been several unsuccessful attempts to fill the vacancy.

The latest one - Sonko’s nomination of Anne Kananu Mwenda (pictured) - ran into headwinds when Peter Agoro went to court.

In his suit, Agoro challenged Mwenda’s vetting, arguing that by virtue of being Sonko’s pick, she was likely to interfere with prosecution witnesses in a Sh357 million graft case facing the governor.

Earlier, the Director of Public Prosecutions Noordin Haji had raised the red flag against Mwenda’s appointment, saying Sonko was barred by the anti-corruption agency from carrying out his functions, including nominating a deputy.

As the case challenging the vetting of Sonko’s choice for deputy drags on before court, the governor has come under intense pressure to pick another nominee.

Sources believe the nomination of a technocrat to deputise Sonko will be the next move.

It also comes after the president signed into law the County Government (Amendment) Bill 2017 last month, which piled more pressure on Sonko.

According to the law signed by the president, a governor is required to nominate a deputy within 14 days of the occurrence of a vacancy and forward the name to the County Assembly for either approval or rejection within 60 days.

Sources told Sunday Standard that city ward reps have been directed by top State officials to vet and approve a candidate for the deputy gvernor position as soon as Sonko nominates one.

According to sources, Sonko is wary of nominating another person for his deputy, fearing this might make him dispensable.

Sources indicate that Sonko is afraid the County Assembly will quickly confirm his deputy and start the wheels of his impeachment so that the new person takes over.

“The governor, now more than ever, has to nominate a deputy governor. He is under pressure to do it. We are ready to act as the assembly. Sonko is, however, stressed on what may happen after the nomination and approval of the DG,” said the source.

Sonko has denied that he is dragging his feet in appointing his deputy at City Hall.

His spokesperson, Ben Mulwa, yesterday told Sunday Standard that the governor cannot nominate another person to the position until a court case involving his pick is resolved.

The outcome of the case, he said, would determine whether Sonko will nominate another candidate or not.

According to Mulwa, the governor is not in violation of the County Government (Amendment) law signed by Uhuru last month.

“The law by President Uhuru Kenyatta does not affect the process in any way. Sonko had already nominated Kananu as his deputy in January and she is still his nominee for the position,” he said.

Yesterday, County Assembly Majority Leader Abdi Hassan said the assembly must be involved in the selection and approval process of the next deputy governor.

According to Hassan, whoever is nominated as Sonko’s deputy must have the pre-requisite qualifications to govern the capital city and the ability to wade through its murky political waters.

“Now that the assembly is speaking in one voice we will put our best foot forward to ensure that the next deputy governor is not only credible but an intellectual,” said Hassan.

Minority Leader David Mberia said ward reps will not accept a deputy governor who is imposed on them.

“We will ensure that the vetting and appointments committee conducts a rigorous grilling exercise so that whoever clinches that position is someone who deserves it. No one will get a (free) pass,” stated Mberia.

Deputy Majority Chief Whip Waithera Chege said the assembly was ready to vet any candidate fronted by the governor.

She, however, warned that should the governor prolong the delay in naming a deputy, the assembly might vote to either accept or reject the current nominee.

“Once the name of a nominee is tabled then we have no option but to approve or reject it. The governor is now in a race against time to fill the vacancy,” said Waithera.

Several names have been touted for nomination, among them former Dagoretti South MP Dennis Waweru and businesswoman Agnes Kagure.