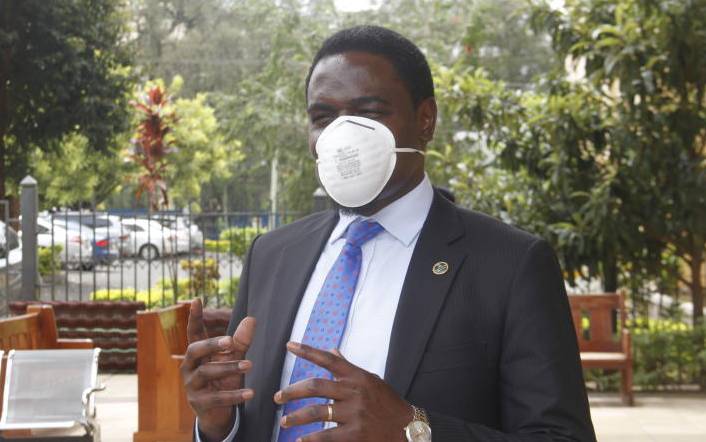 The Law Society of Kenya (LSK) is demanding for the arrest and interdiction of a police corporal captured on video grabbing a suspect’s genitals during an arrest.

In a letter addressed to the Inspector General of Police Hillary Mutyambai, LSK President Nelson Havi (above) urged him to disclose the identity of the three officers involved in the incident to the Independent Policing Oversight Authority (IPOA).

“Could you please have the identities of the policemen disclosed to IPOA, Director of Public Prosecution and the LSK for investigations and prosecution,” reads the letter.

Havi added that immediate disciplinary actions including interdiction should be taken against the three police officers.

“It will be appreciated if your action and response is made and received by us within seven days from the date of the letter,” Havi further notes in the letter.

He urged the IG to take steps in ensuring the victim, Mark Oreyo, who has gone into hiding for fear for his life is protected from the policemen or their agents.

“We will hold your officers and you personally responsible, should the safety of the victim be interfered with in any way,” reads the letter.

Havi was addressing a video clip that has circulated in social media where three policemen sexually harassed Oreyo for failing to wear a mask at National Library Services in Nakuru before arresting him.

The three are seen restraining the victim while one repeatedly pulling the victim’s genitals in an attempt to force him to board a parked police vehicle.

“It is very disturbing that these incidences have been the order of the day for anyone arrested by the police,” he said in the letter.