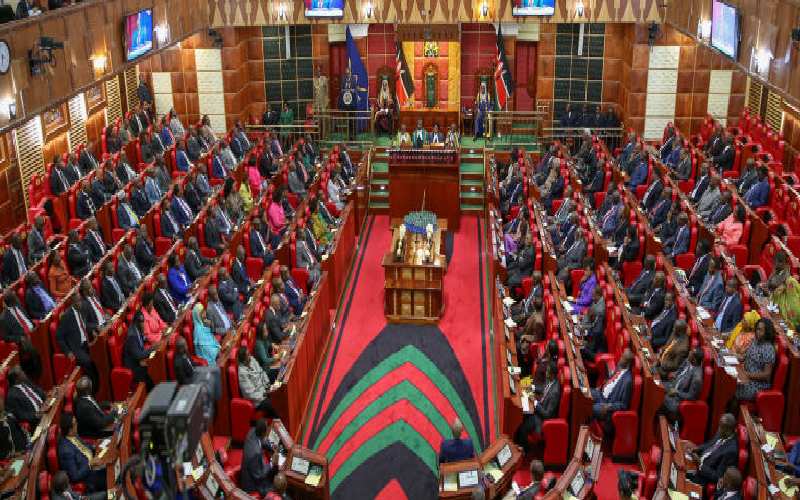 At least 115 MPs have expressed interest to participate in a special parliamentary sitting called to discuss the 2020 Tax Laws (Amendment) Bill.

Yesterday, National Assembly Clerk Michael Sialai said most of those who want to participate in the tax laws discussion will be forced to follow it for Parliament’s dining area and lounges.

Mr Sialai said only 70 MPs will be allowed into the House, asserting the same directive given by National Assembly Speaker Justin Muturi last week

The 2020 Tax Laws (Amendment) Bill contains a raft of measures announced by President Uhuru Kenyatta to cushion Kenyans from the economic impact of the Covid-19 pandemic.

Sialai, however, stressed that MPs who will not access the chamber, will be allowed to vote for or against the bill.

“Over 115 had by Friday expressed interest to attend the Special Sitting. Only 70 members will be allowed in,” Sialai said in an interview yesterday.

“The Special Sitting will be done in the normal way; even MPs in the waiting areas will be allowed to vote.”

He explained that the House will apply a first-come first-served criteria in picking those who will be allowed into the chamber.

Corona is real, protect yourself and others

While some countries are rigidly enforcing the rules, Kenyans in quarantine facilities are having ‘isolation parties’

By Elvince Joshua | 15 hours ago

By Mate Tongola | 16 hours ago