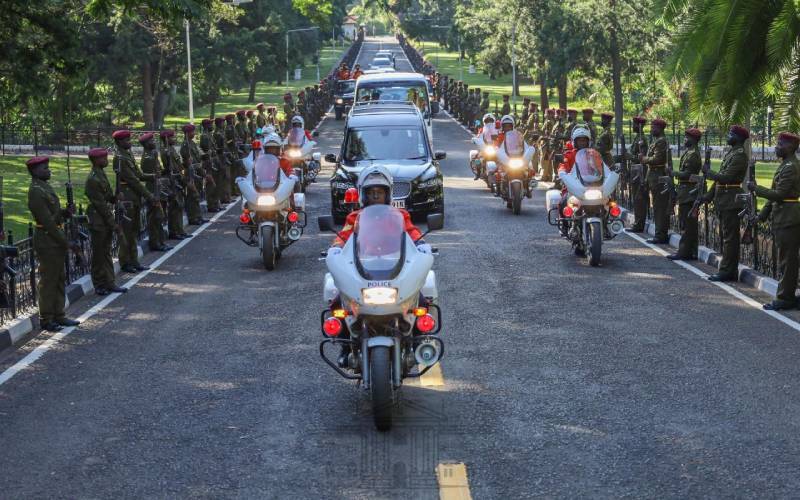 The memorial service of Kenya’s second and longest-serving president, Daniel arap Moi, is underway at Nyayo Stadium in Nairobi. It will be an inter-denominational service led by the Africa Inland Church (AIC).

President Uhuru Kenyatta who took charge of the funeral arrangements made an impromptu inspection of the Nyayo National Stadium on Sunday ahead of the service. He drove himself in a G Wagon Mercedes Benz and was accompanied by a lean security team.

Moi’s body lay-in-state at Parliament for three days from Saturday to allow for public viewing.

Government officials said about 24,683 people viewed the body on Saturday and another 100,000 on Sunday.

Monday was the final day for public viewing.

There was a heavy police presence outside the Lee Funeral Home and along the three-kilometre route from the Lee Funeral home, Valley Road, Kenyatta Avenue, Uhuru Highway and at Nyayo Stadium.

At least 10 Heads of State will be in attendance at the memorial service. Dignitaries started arriving yesterday at the Jomo Kenyatta International Airport (JKIA) ahead of the state funeral service of Kenya’s second president.

The former president will be accorded full military ceremonial honours, which include conveyance of the body under escort in a gun carriage, accompanied by military musical honours and a 19 gun-salute.

Events as they happen

5:00am:  Kenyans start streaming into Nyayo National Stadium in Nairobi for the memorial service of the former president Daniel arap Moi. 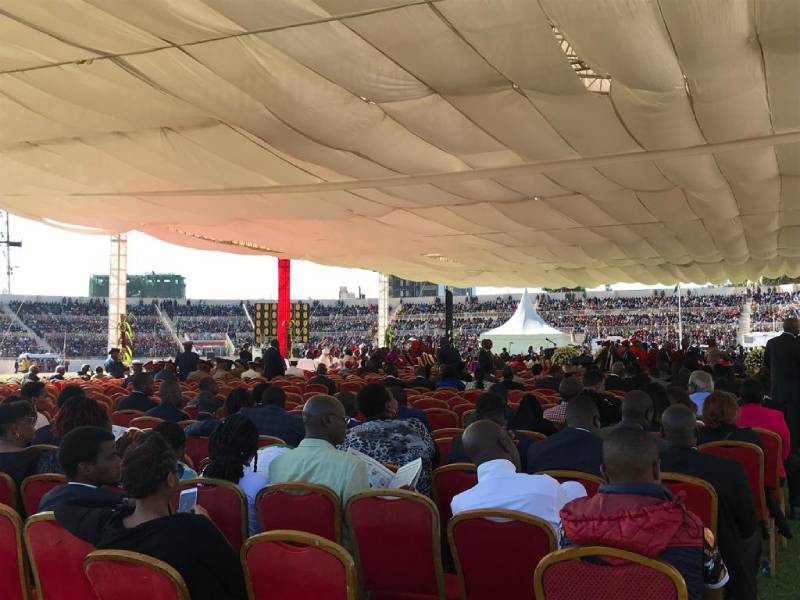 7:45am: Family of the late president Moi and some VIP guests make way to the venue of the memorial service. 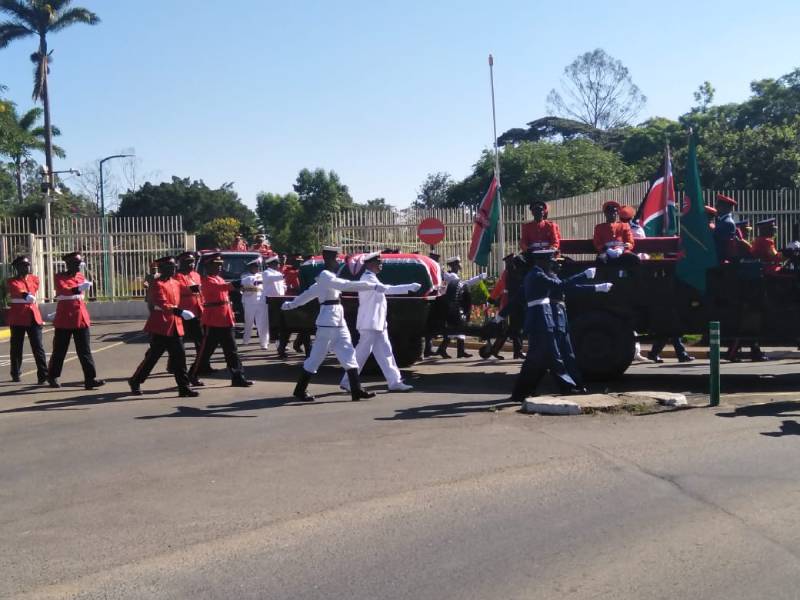 9:50am: The procession is on Uhuru Highway making its way to Nyayo Stadium. Kenyans seated at the Nyayo Stadium waiting for the body to arrive. 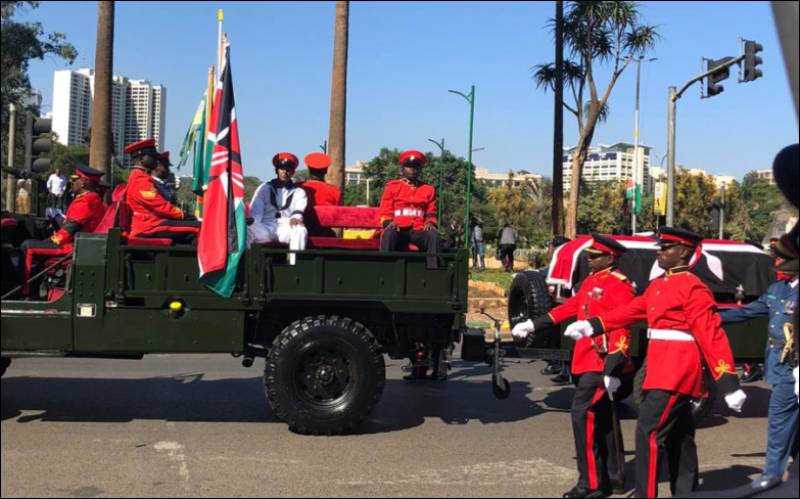 10:15am: Cortege arrives at Nyayo Stadium for the memorial service. Pallbearers remove the casket from the gun carrier and match slowly in front of the guard of honor.

11:00am: The deputy presiding Bishop of AIC- Kenya, Reverend Paul Kirui leads thousands of mourners in a word of prayer. 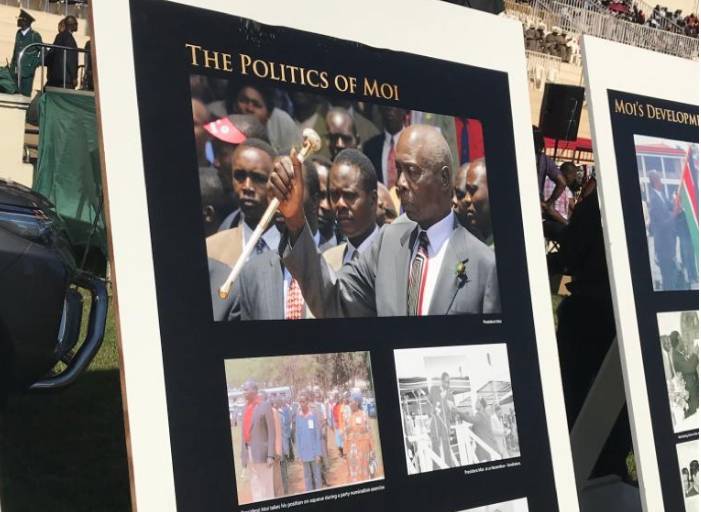 12:15pm: Gideon Moi addresses Kenyans and dignitaries, says his father loved Kenyans and thanks mourners for supporting the family. “Throughout his service, he taught us to have tough feet but keep a soft heart, our father was a forgiving man.”

12:50pm: Deputy President Dr William Ruto describes former President as a professor of politics. Confesses to being among the many Mzee Moi's students who graduated from his school of politics.

1:00pm: President Uhuru pays tribute to Mzee Moi during the memorial service, describes Moi as a patriot
and statesman whose legacy lives on.

The former president Daniel Moi who died on Tuesday while receiving treatment at Nairobi Hospital will be interred at his Kabarak home on Wednesday.

Interior Principal Secretary Karanja who is part of a steering committee created by President Uhuru to work on the burial plans said yesterday that the preparations at Kabarak were going on smoothly.

He asked those attending the funeral to adhere to instructions from the security team.

“We are prepared to host over 30,000 people. We can assure the country that the plans are going on smoothly,” said Kibicho.

With Kip Keino Classic behind us, focus shifts to Tokyo Olympics