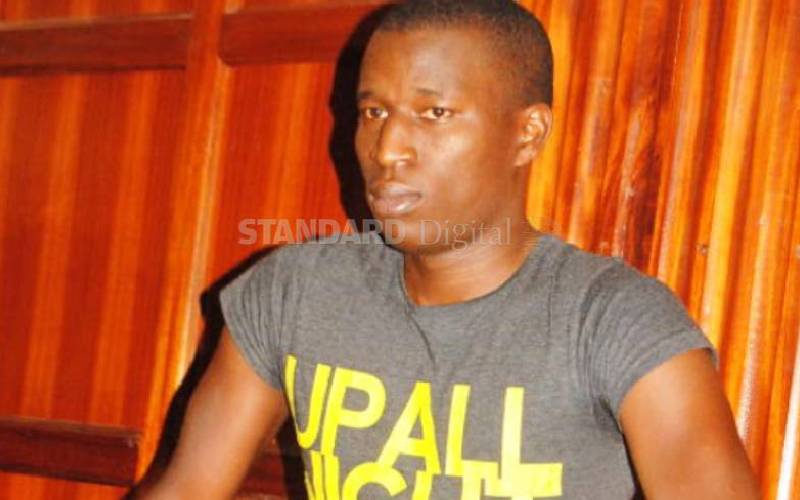 Blogger Cyprian Nyakundi (pictured) will not be facing charges in a recent extortion case.

He was arrested on Monday alongside Emmanuel Ong'era by Directorate of Criminal Investigations (DCI) detectives from Gigiri.

The two were linked to investigations touching on blackmail and false accusations.

During their arrest, the agency said the two had received Sh1 million from one of their victims.

The money was downpayment for some Sh17.5 million they earlier demanded, as a precondition for pulling down libellous posts appearing on a website owned by the suspects.

It was recovered and was set to be used as exhibit.

Nyakundi and Ong'era were taken to Gigiri Police Station and were to be arraigned today.

Blogger Nyakundi is not new to controversy surrounding his site.

In December 2018, politician Steve Mbogo and his wife Sabrina Jamal sued him over a defamatory publication.

They sought to have Nyakundi compelled to immediately retract all defamatory contents on his online pages.

At the time, Mbogo said there was no jurisdiction for Nyakundi to publish such an article concerning him because there was no evidence to support the allegations.

Lady Justice Jackie Kamau later that month barred Nyakundi from publishing the alleged defamatory piece against Mbogo and his wife.

Justice Jackie Kamau while issuing the orders said she looked at the file and no response to the application and therefore allowed the orders as prayed.

“An injunction was issued restraining the respondent from publishing defamatory words against the applicant,” said Kamau.