Terror in the City:  January 15, gunmen shatter the calm in the City when they storm dusitD2 Hotel, Nairobi, and the complex which it is a part of.

They shoot indiscriminately, sending workers and guests scampering for safety. President Uhuru Kenyatta said 21 civilians were killed in the attack.

The five gunmen are also killed.

January: Mary Wambui's mutilated body is found dumped in a dam near Mugutha estate in Juja.

Her husband, Joseph Kori Karue, and a woman believed to be Kori’s girlfriend, Judy Wambui Mungai, are arrested in connection with the murder.

A post-mortem examination on the 39-year-old mother of two shows the killers hit her nine times, inflicting serious injuries that caused her death.

She accuses those who were assigned to handle the matter of taking her in circles and keeping her in darkness, claims the house is poorly built.

They were gifted the house after her 13-year-old Dennis Ngaruiya recited a poem for President Uhuru Kenyatta. He had recited an electrifying poem titled “Our Father”.

It left the president in stitches and earned him and his family a visit to State House. February: Weston Hotel: DP William Ruto says he is not aware that the original owner of the land where Weston Hotel stands was fraudulently acquired.

The DP makes these revelations during  BBC's  HardTalk with Stephen Sackur on February 10, says he followed all due processes while acquiring the land which is at the centre of controversy over its purported ‘illegal acquisitions’.

He blames its former owners of the land whom he says had tricked him into buying a property which they knew was not rightly acquired.

March 10,  Ethiopian plane crash: Thirty-two Kenyans are among the 157 killed in the Ethiopian Airlines crash in Addis Ababa. There are 33 different nationalities on board with two classified as ‘unknown’.

Canada suffers the second-highest casualties after Kenya at 18. The flight left Bole airport in Addis Ababa at 8.38 am local time, before losing contact with the control tower just a few minutes later at 8.44 am. 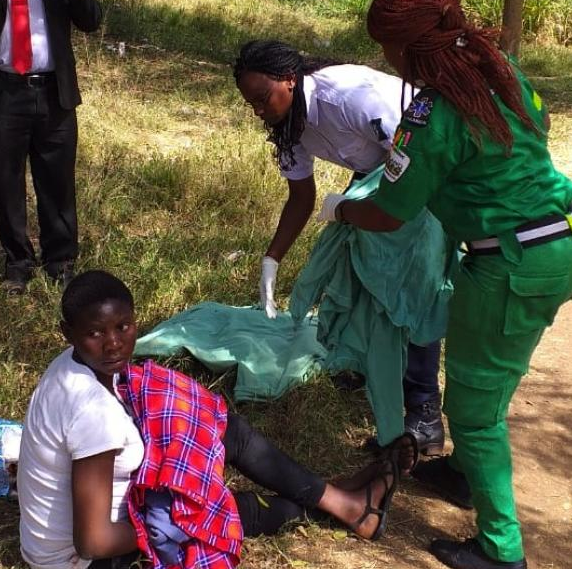 March: Woman gives birth at Uhuru Park moments after being fired from her hotel job, Rebecca Atieno, 20, heads to Nairobi's Uhuru Park, the only place she can find a moment's solace. Confused, hopeless and reeling from the symptomatic third-trimester pregnancy exhaustion, she chooses a spot at the park where she hopes to gather her wits. The previous night, her landlord has kicked her out for failing to pay Sh50 at a rundown lodging in Muthurwa.

At 2pm, her waters break. Pains follow, and with no money and phone, she knows she is on her own. After 30 minutes, Atieno gives birth to a baby girl unassisted, her with her sweater.

Sharon Mathias and Melon Lutenyo meet 19 years later having lived separate lives. Melon knows Mevies was her twin sister. The three were all born at the Kakamega County General and Referral Hospital.

DNA results by Lancet Kenya reveal Rosemary Khaveleli Onyango is the biological mother of Sharon and Melon while Mevis "exhibited a compatible obligatory maternal and paternal allelic profile" with that of Angeline Omina and Wilson Lutah Maruti.

April: Ivy Wangeci murder: The sixth-year medical student at Moi University School of Medicine is hacked to death on April 9, outside Moi Teaching and Referral Hospital.

An irate mob descends on Naftali Njahi Kinuthia, the suspect behind the heinous murder but he is rescued by police.

He reportedly tells investigators that the late Ms Wangeci, who was his childhood friend, had rejected his advances.

The broad-daylight killing sparkes off a conversation countrywide over increasing cases where women are being attacked and some killed by lovers. Baba Yao arrested: Besieged Kiambu Governor Ferdinand Waititu is arrested after he presents himself to EACC offices in Nairobi.

The couple faces charges of tender irregularities for the upgrading of roads worth Sh588m and embezzlement of public funds. He was cremated  at Kariokor, Nairobi,  a day after death. Only family and close friends are allowed in. 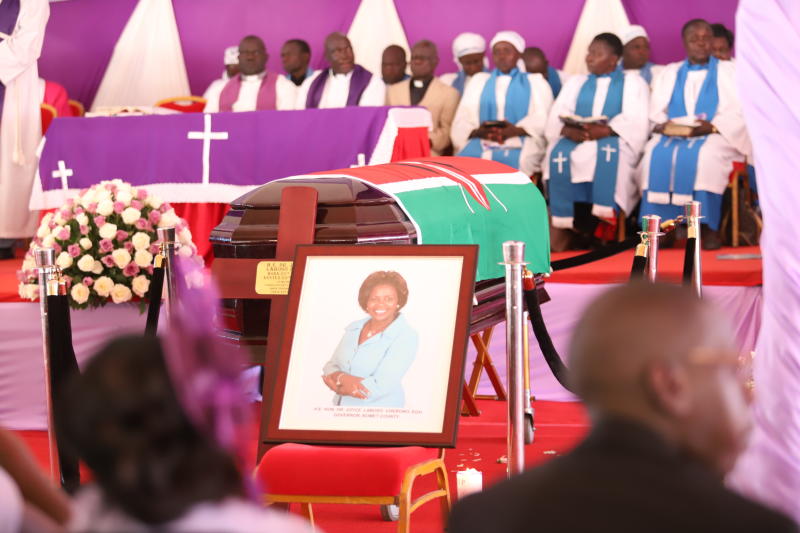 July 29: Joyce Laboso the Bomet Governor dies of cancer on July 29 at the Nairobi Hospital aged 58. Governor Laboso was under medication two weeks after arriving from India from London where she had been hospitalised. July 22: Henry Rotich and Treasury CS and his PS Kamau Thugge are arrested and taken to DCI headquarters over Kimwarer and Arror dams’ scandal. 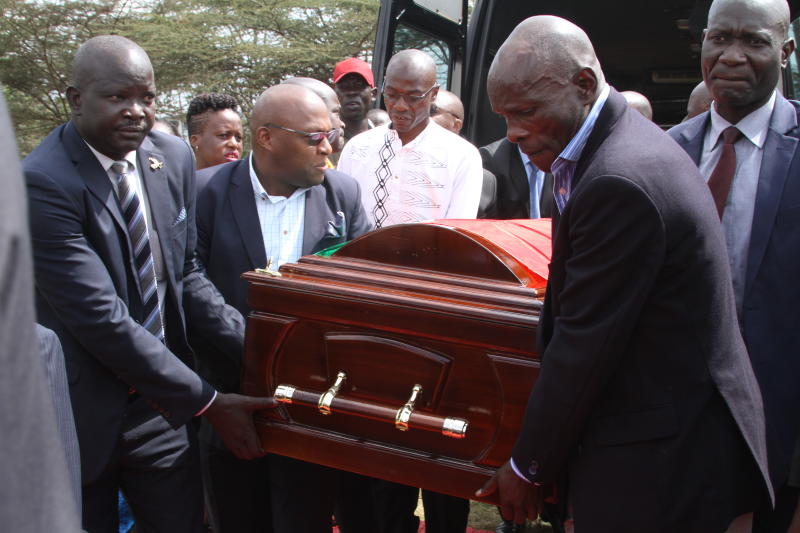 July 26: Kibra MP Ken Okoth dies aged 41 at Nairobi Hospital after a long battle with cancer. The legislator has been battling colorectal cancer for several months. The 52-year-old was part of the second generation of the Stetson-wearing, guitar-strumming musicians from central Kenya that are slowly being overtaken by an emerging younger generation. While his staple were love songs, the singer often dabbled in the murky political world, releasing polarising music to rally support for politicians he favoured. Before being marked a wanted man, Kariuki maintained a low profile despite his immense wealth and only few Kenyans would be able to pick him out in a crowd.

The business mogul presented himself in court on August 19 2019 following the summons a day after he jetted back into the country, according to his lawyer. September 13:? The body of Dutch businessman Tob Cohen is found in a septic tank at his home in Kitisuru, Spring Valley, Nairobi.

DCI boss George Kinoti calls it a gruesome murder. “He was bound; legs, hands and neck before he was murdered and then they hid him in an underground water tank. They took their time.” The former CEO of Philips Electronics East Africa, was reported missing from their Lower Kabete home in Nairobi between July 19 and July 20, 2019. September 29: Mariam Kighenda and her daughter Amanda Mutheu? drown when their car slips off the ferry at the Likoni Channel and plunges into the dark depths of Indian Ocean.

The vehicle is retrieved 13 days later by Kenya Navy and South African divers. Mariam and her daughter are found locked in a tight embrace, according to images that emerged from the car in which they drowned. October 12: INEOS 1:59: Eliud Kipchoge becomes the first man to run a marathon under two hours after he clocked one hour, 59 minutes and 40 seconds during the INEOS 1:59 Challenge in Vienna, Austria.

Kipchoge is assisted by 41 pacemakers. He enters the Guinness Book of World Records for running the first sub-two-hour marathon. But his effort is not recognised by IAAF, as a new world marathon record. December 7: Nairobi Governor Mike Sonko is arrested in Voi. The arrest came hours after the DPP orders his arrest.

During a press conference in Nairobi, DPP Noordin Haji had announced that the governor would be questioned over the loss of Sh357 million of county funds. He has since been barred from his City Hall office.

By Brian Okoth and Winfrey Owino | 2 hours ago