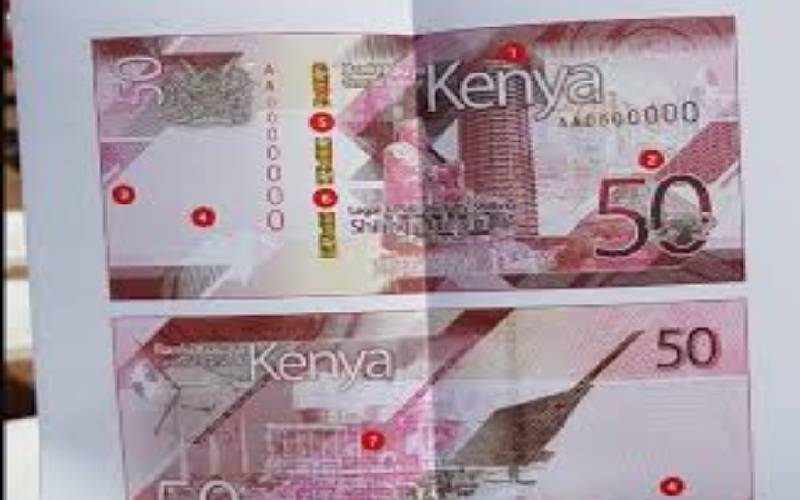 In a petition seen by Standard Digital, Mbugua argues that the Central Bank of Kenya (CBK) did not involve the public in the printing and unveiling of the notes and that the inclusion of Mzee Jomo Kenyatta was unlawful.

He wants the court to halt CBK Governor Patrick Njoroge’s directive pending the hearing of the case.

But in a quick rejoinder, Njoroge dismissed the petition, saying the design and unveiling of new banknotes followed due process.

He dismissed those contesting the inclusion of the country's founding president Mzee Jomo Kenyatta's sculpture, saying that the key feature was the KICC.

"I hear there is a legal challenge against the new notes in court. We are ready to deal with the petititions," Njoroge said.

“As a lawyer I have to say this, the new notes are unconstitutional because there is the portrait of the Mzee Jomo Kenyatta,” Orengo said while addressing a gathering in Migori County.

“It is not bad to use KICC Building, but let them use the side without any portrait,” he added.

Activist Okiya Omtatah also shared the same sentiments, saying the note goes against the law and should be rejected.

"It violates the law, and therefore, the new banknotes are null and void. They have no effect in law and must be rejected," the activist said, adding that he will move to court to overturn the new notes' directive.

Images of the new-look currency meant to replace the notes currently in circulation have surfaced online.

In September last year, Omtatah wrote to CBK Governor asking him to issue timelines for the withdrawal of all currency in circulation after images of new currency notes emerged on social media.

Mr Njoroge had announced a new plan to have a new generation of currency.

"We are in the process of having the new generation currency, but in accordance with the Constitution."

Article 231(4) of the 2010 Constitution outlawed currency bearing portraits and images of individuals.

The currency in circulation at the moment, however, still features the portraits of former Presidents Jomo Kenyatta, Daniel Moi and Mwai Kibaki.

During Madaraka Day celebrations Njoroge announced the notes were issued on Friday, May 31 via a Gazette notice.

“All old Sh1,000 series notes have been withdrawn by a Gazette notice dated May 31 and Kenyans have until October 1 to exchange the older notes for newer ones.”

The pitch invader became an internet sensation overnight after she invaded the field wearing a skimpy black leotard during Liverpool's...