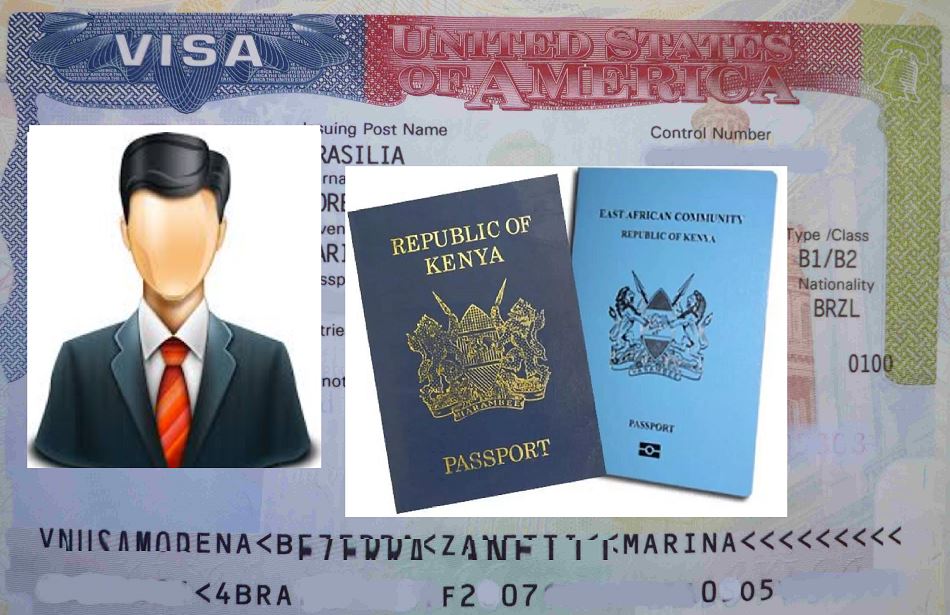 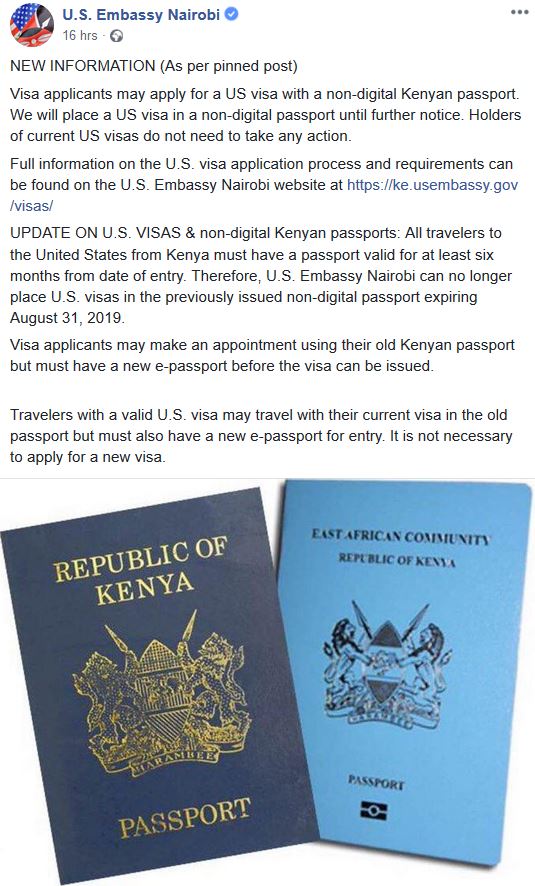 After the announcement, most of the affected Kenyans thronged the immigration offices at Nyayo House in a last-minute rush to comply with the directive with many complaining over the slow process. In December 2018, the Deputy President (DP) William Ruto said the Government had pushed back plans to phase out old passports in favour of new travel documents. He announced that the new deadline for acquiring new electronic passports had been pushed to 2020. This contradicted the deadline given to public servants, going by the initial deadline of August 31, 2019, which the DP had said was not feasible since only 400,000 passport holders out of over 2.5 million Kenyans had replaced their travel documents. The DP was speaking in Italy when he hosted Kenyans living there, who complained about the difficulties in replacing their travel documents and sought an extension of the deadline. Kenyans in the diaspora can apply for new passport in London in UK, Paris in France, Washington DC in US, Pretoria in South Africa, Dubai in UAE and Berlin in Germany. A letter from the Ministry of Foreign Affairs dated November, 20, 2018, asked Kenyan missions and consulates abroad to prepare ahead of commencement of applications for new passports on January 14 next year. It means therefore that Kenyans in the diaspora have to travel to acquire the documents, an issue that drew heated debate in the meeting.