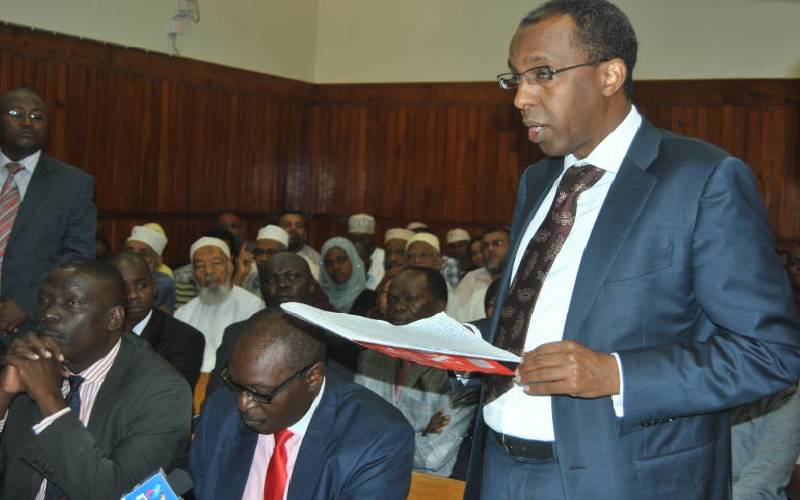 A former lead investigator in the multi-billion shilling Anglo-Leasing scandal ran into trouble for producing exhibits in court.

Lawyers representing the six accused persons in the case opposed George Mwakembo’s evidence, arguing he cannot produce the exhibits as he left office seven years ago.

Mr Mwakembo, a former forensic auditor with the Government, had produced several documents relating to the Sh6.5 billion contract for provision of modern police equipment between the government and Infotalent Limited.

In the case, businessmen Deepak Kamani and his brother Rashmi Kamani are charged with conspiracy to defraud the Government. The others are former PSs Dave Mwangi and Joseph Magari and former Treasury head of debt management David Onyonka.