A man was on Monday charged at the Milimani law courts with helping terrorists attack the dusit D2 Nairobi and the larger 14 Riverside Drive complex.

Sadik Aden Mumin was accused of channeling funds to the attackers.

He faced a second count of financial promotion of an offence, contrary to the Proceeds of Crime and Anti-Money Laundering Act.

It was alleged that during the period, Aden, jointly with others not before the court, received and transmitted Sh19.7 million to the attackers.

Aden pleaded not guilty to the charges. The prosecution opposed his release on bond and bail citing other related cases that required to be consolidated with his.

He was remanded until April 3, when the cases will be consolidated and bail terms granted. 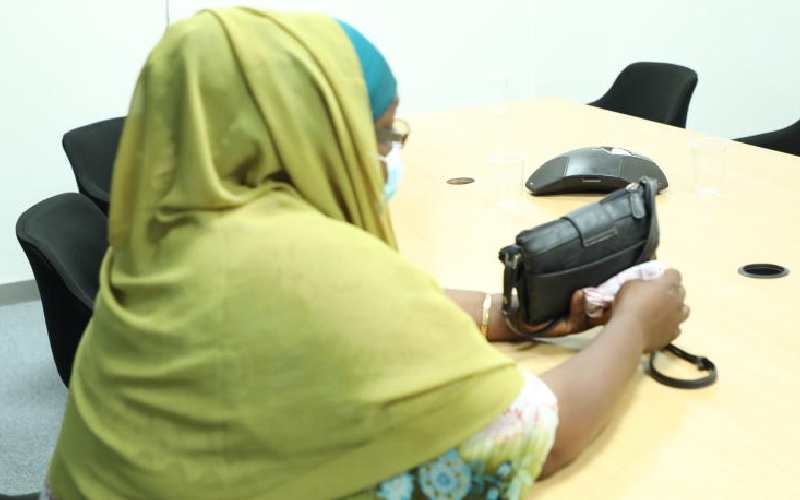 Premium My heart bleeds for everyone he hurt, mother of terrorist says
Sakina Mariam, mother of Salim Gichunge, the man who planned Dusit attack, speaks on her tribulations since incident.
National
By Daniel Wesangula
5 months ago

Questions over attacks in Lamu three years after DusitD2 carnage
Motive and identity of attackers yet to be established as highly trained militants suspected to have been involved.
Coast
By Benard Sanga
5 months ago
.