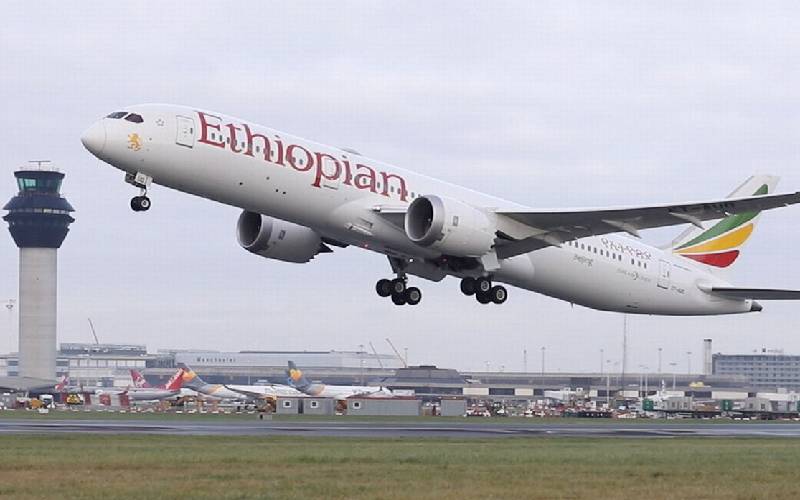 The cockpit voice recorder and the digital flight data recorder from the Ethiopian Airlines plane that crashed on Sunday have both been recovered from the crash site, the airline said in a statement.

This even as airlines grounded their fleets of Boeing 737 MAX 8, similar models of the passenger jet bound for Nairobi that crashed minutes after take-off, killing all 157 people on board in Addis Ababa. A similar model had also crashed in Indonesia in October.

The accident raises questions about the safety of the aircraft model after another aircraft also crashed in Indonesia in October.

Meanwhile, the plane’s manufacturer, Boeing, yesterday said the investigation into the Ethiopian Airlines crash was in its early stages and there was no need to issue new guidance to operators of the 737 MAX 8 aircraft based on the information it had so far.

“Safety is our number one priority and we are taking every measure to fully understand all aspects of this accident, working closely with the investigating team and all regulatory authorities involved,” a Boeing spokesman said in a statement emailed to Reuters.

Ethiopian Airlines, which has a fleet of four 737 MAX 8 jets, excluding the one that crashed on Sunday, also grounded the aircraft until further notice, the airline said on its Twitter account yesterday.

“Although we don’t yet know the cause of the crash, we had to decide to ground the particular fleet as extra safety precaution,” the firm said.

China’s aviation regulator yesterday also grounded nearly 100 Boeing 737 MAX 8 aircraft operated by its airlines, more than a quarter of the global fleet of the jets.

Separately, a flydubai airline spokeswoman said that it remained confident in the airworthiness of its Boeing 737 planes.

“We are monitoring the situation and continue to be in touch with Boeing,” the spokeswoman said. “The safety of our passengers and crew is our first priority.”

After the Lion Air crash last October, it was said that Boeing updated the software for the flight control system. But some American aviation authorities said the change had not been adequately explained to pilots.

Boeing installed the system on the new 737s as part of the “control law”, which are commands issued by the plane’s flight-control computer that bypass the pilots.

On the Lion Air flight, the swings up and down may have come about as pilots repeatedly tried to keep that system from pushing the nose of the aircraft down and putting it into a fatal dive. Whatever happened, the pilots lost their battle after about 12 minutes of flight.

Could a system malfunction be a possibility in the Ethiopian flight, which lasted about six minutes? Or was it a pilot error.

Speaking to New York Times, Robert Stengel, an expert on flight control systems and a professor of engineering and applied science at Princeton University, said it was not clear whether the rocking trajectory of the Ethiopian jet was caused by a malfunctioning control system or pilots trying to fly the plane manually while distracted by some other, as yet unknown, emergency.

Scanty details still remain about the cause of the crash which may take weeks to investigate. Boeing and the National Transportation Safety Board have already sent teams to the crash site.

However, the unusual way of two planes of the same model going down in such a short time span has urgently caught the attention of pilots, passengers, engineers and industry analysts.

According to the New York Times, questions go to the heart of Boeing’s business as the 737 class is a workhorse for airlines worldwide, and the single-aisle 737 Max has been the company’s best-selling plane ever.

The 737 Max was Boeing’s answer to an update that Airbus, the giant European aircraft manufacturer, unveiled for its popular A320 jet that made it more fuel-efficient.

Situation of plane crash as 32 Kenyan perish on ET 302