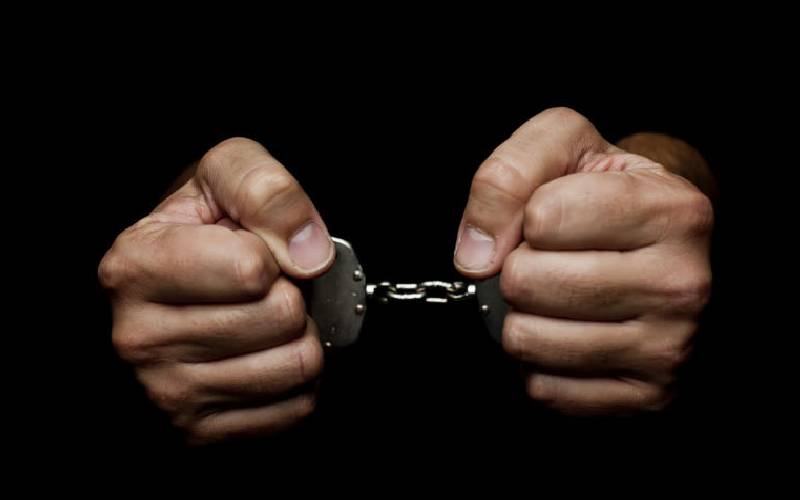 A police officer has been jailed for 40 years by a Gatundu Court after he was found guilty of defiling a 15-year-old minor whose parent had sought help from the law enforcers.

Officer Paul Rotich took advantage of the minor as he was supervising her while she was cleaning an office within the station.

The prosecution told the court that the minor and her cousin had been taken to Gatundu police station by her mother for discipline after she suspected that her daughter was having a sexual relationship with her cousin.

The case was before Gatundu Principal Magistrate HM Nga’ng’a.

The minor’s mother narrated to the court that they decided to take the two to Gatundu police station and they explained at the report office what had transpired and left.

The prosecutor told the court that Rotich, on January 1, 2018, summoned the girl from her cell to the office.

Magistrate Ng’ang’a said the victim’s evidence corroborated with DNA samples and the 11 prosecution witnesses who testified.

“The complainant had been booked in the cell being a child in need of care and protection. The accused took advantage of the vulnerability of the complainant.”

The duty roaster confirmed that Rotich was on duty on the said night and had the opportunity to commit the offence.

The following day, when the minor’s mother went back to the police station, she learnt that her daughter had been raped and she escalated the matter to the area OCS.

The investigations were launched together with the help of the Independent Policing Oversight Authority (IPOA).

IPOA investigators told the court how they visited the girl’s home in Gatundu and collected more evidence.

“The complainant gave a graphic narration of what transpired and … I believe she was telling the truth,” Ng’ang’a said.

The judge said the girl`s evidence was also corroborated by other witnesses like the medical officer and the mother.

In his defense, Rotich denied the charges claiming that he was framed up by his seniors due to a strained relationship they had.

But the magistrate said Rotich had betrayed the trust the girl had in him as a police officer.

In mitigation, the officer pleaded for leniency, saying he has no family to turn to because his parents are deceased.

By Benard Sanga and Joackim Bwana | 10 hours ago