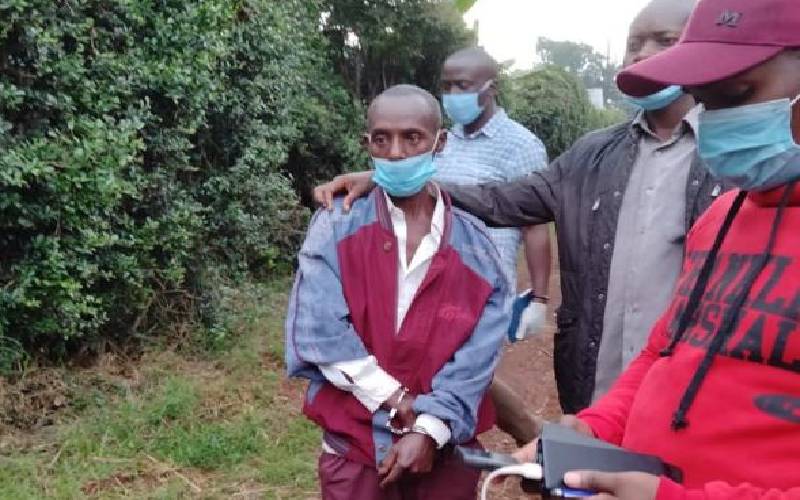 Two people have been arrested in Githunguri, Kiambu County, in connection with the murder of a 72-year-old woman.

The two, a man and his daughter, are being questioned by detectives seeking to unravel the killing of Beatrice Wangari over a suspected land dispute.

Wangari was killed in August last year. The detectives have succeeded in retrieving an iron bar from a pit latrine suspected to have been used to kill Wangari.

The detectives also found clothes thought to have been worn by Wangari on the fateful day inside the latrine.

The suspects led the detectives to a second toilet in the same compound where a cloth suspected to have been used to wipe away blood from the scene was disposed.

Also retrieved from the toilet was a pair of shoes suspected to belong to Wangari.

Neighbours watched from far as detectives combed the compound with the help of the two suspects.

Peter Njenga, a neighbour to the deceased, said she was a retired teacher. “We had so many unanswered questions over her death since we couldn’t find any reasons as to why she could have been killed,” said Njenga.

Njenga added that the two suspects were Wangari’s close relatives. ”They are the last people one would suspect to have taken part in her killing even though investigations are still ongoing on whether they did or not,” Njenga said.

Her family hired private detectives who camped in the compound for over eight hours looking for exhibits and the murder weapon.

The two suspects have been detained at Githunguri police station awaiting arraignment in court.

Kiambu has been in the news over the last few days following the killing of four family members and a worker earlier this month.

The four, who were killed in Karura, Kiambu County, on January 5, allegedly by one of their own, were buried in a mass grave on Saturday.

Previous article
Police held in Sh3.5m bank heist
Next article
Tackle this insecurity nightmare once and for all