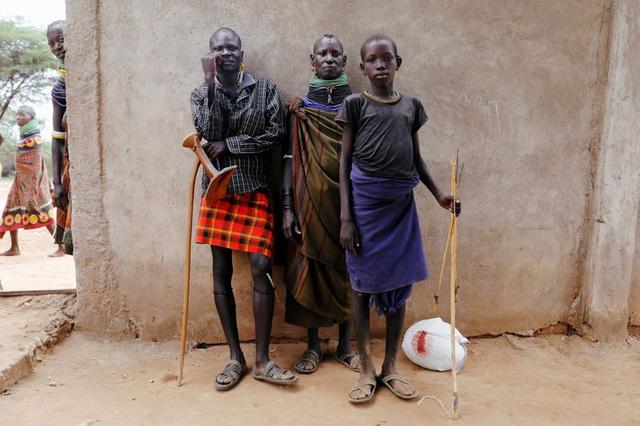 Most of the men in the village of Lorengippi in northwestern Kenya are scarred.

Almost everyone has a tale of a relative killed in the cycle of violence over the years. But that is changing now.

Village tradition demanded every boy over the age of 11 train to fight. By 16, they would carry a weapon to protect the livestock - valuable commodities in Turkana, Kenya’s poorest region.

Then a clash between Lorengippi’s Turkana residents and neighbouring Pokot killed 23 people in 2013, said Nathan Ekal, the village chief. Their bodies are buried in a mass grave on the outskirts of Lorengippi.

Police mounted an operation to collect weapons, established a base and built a checkpoint on the border with West Pokot. Most importantly, said Ekal, the communities formed peace committees to resolve disagreements right after the 2013 killings.

The new security ushered in some development - a school, a small clinic and a new road connecting the village to the county capital of Lodwar, 90 km (55 miles) away.

Cross-border raids still take place but for now the committees are resolving the issues. Livestock are being returned and there have been no mass killings in recent years.

The Kenyan police are also present there in force

“Now there is lasting peace,” said Namojong, who is a chairman of one of the peace committees. “We do business with the Pokot and inter-marry with the Pokot.”