State on spotlight over insecurity

Kenya: The Coalition for Reforms and Democracy (CORD) has accused the Government of failing Kenyans on security and the war on terror.

While dismissing the ongoing security swoop as akin to ethnic profiling of Somali community, Cord said the Government appears clueless on how to combat insecurity.

The Opposition led by former Vice President Kalonzo Musyoka defended themselves from accusations that they had failed to offer alternative leadership thus contributing to the leadership crisis in the country.

“The mandate to rule this country is either wrongly or rightly in their hands and they cannot blame us for their non-performance. We will not only put them on their toes but on the run,” Kalonzo told a press conference at a Nairobi Hotel yesterday.

The leaders scoffed at suggestions that a weak Opposition was failing to put the Government on its toes saying Cord doesn’t need to shout for Jubilee to perform. “It’s extremely idle that Jubilee is telling Kenyans that they are not performing well because Cord is not shouting at them. It’s a laughable matter. You do not have to shout about corruption in the light of the laptop tender, Railway deal, Anglo-leasing and others,” Senate Minority Leader Moses Wetang’ula said.

The former VP said it was unfortunate that the Government lacked a strategy to deal with terror and appears disinterested in establishing the truth behind terrorism.

He cited the September 21, 2013 Westgate terror attack that President Uhuru Kenyatta promised to appoint commission of inquiry to probe.

“I was at KICC when the President told the country he would form a commission of inquiry yet he has not done it. What are they hiding?” Kalonzo posed.

The over 30 MPs said in a statement that ethnic profiling of members of the Somali community is an illegality and runs against well established doctrines of human rights conventions that Kenya is party to.

Wetang’ula lashed out at the ongoing security swoops targeting Eastleigh and other areas, saying war on terror is not won by such operations.

He said Kenya should copy the example of Ethiopia with a population of 9 million ethnic Somalis and which was in Somalia long before Kenya, yet it does not experience sporadic attacks like what happens here.

“You do not fight crime by exhibiting archaic brutal force and especially on sophisticated crimes such as terrorism,” Wetang’ula said. 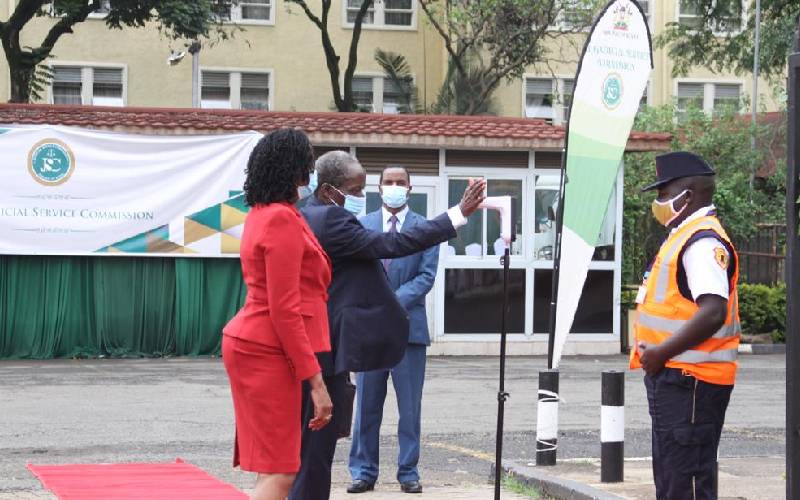 By Patrick Vidija | 38 minutes ago

Judges cannot run away from accountability in pretext of independence - Marete

By Julius Chepkwony | 39 minutes ago