Kenya has the second-lowest tree cover among East African countries behind Uganda, Tanzania, and Rwanda, but ahead of Burundi. At only 7.2 per cent, the tree cover is below the globally recommended 10 per cent which is also the recommended cover in the constitution.

To cover the deficit, Kenya plans to plant two billion trees by the end of next year to help curb climate change, land degradation and boost biodiversity conservation.

Dr Chris Kiptoo, PS, Ministry of Environment and Forestry said “we are going to look at all degraded natural forests which are gazetted, water towers and wetlands which are not gazetted, mangrove ecosystem, national parks and wildlife conservancy which have been degraded.”

Kenya Forest and Research Institute (KEFRI) has had its capacity improved to produce 60 metric tons of seeds for nurseries besides seed production centres being increased from six to 18 nationally.

Besides public education and awareness, Dr Kiptoo explained that “we have identified 4800 schools we are going to work with, 66 prisons and we are in talks with the National Treasury to set aside a tree fund” and schools, colleges, and universities have also been asked to have10 percent of land under trees.

Dr Julius Muia, the PS at the National Treasury said according to the Kenya National Bureau of Statistics “the forest sector contributes about 3.6 percent of our gross domestic product, showing forests is a big employer” and the government is trying to woo the private sector to invest in commercial forests and help achieve the forest cover while making money from agro-forestry and fruit tree farming.

Companies like Safaricom has pledged to plant five million trees in five years at a cost of Sh750 million. Other private sector players have been asked to support the tree cover initiative by supporting communities in seedling production, adopt a forest initiative, provide a market for tree seedling producers, sponsorship tree planting events publicity and awareness reaction.

While some forests like Mau, Marmanet, Kaptagat, and Kirisia are under restoration, there are myriad challenges in attaining a 10 per cent forest cover including poor fencing, lack of alternative sources of income for communities living in forests and wanting governance in management of forests.

I told my children, ‘God will be the Father’

The psychiatrist frowns at some cultures where death is couched in lies about a loved one having ‘gone to briefly visit a relative.’ 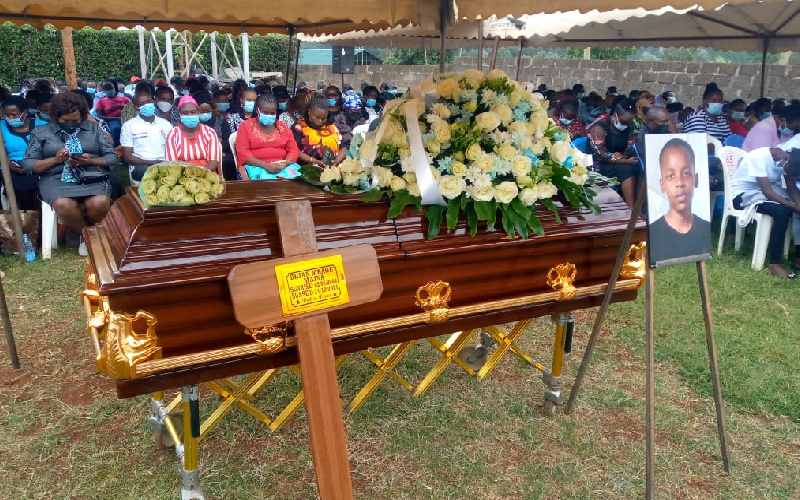