No word yet when Kenya will roll out Covid-19 vaccine 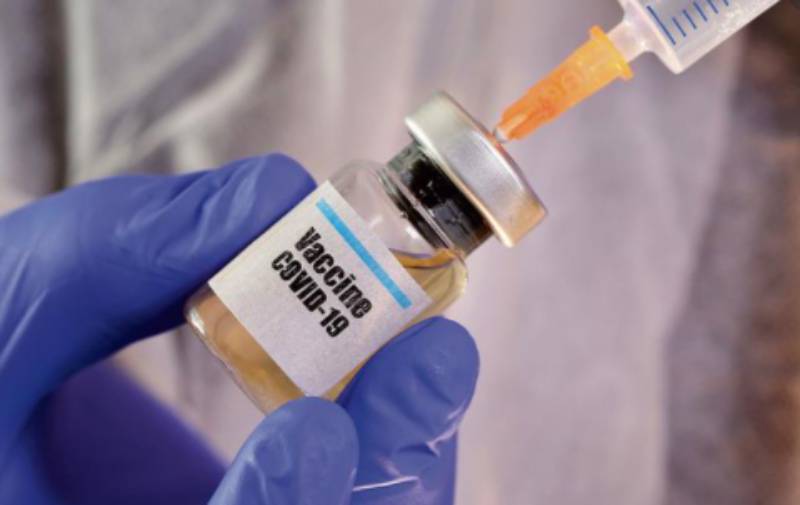 Kenya is yet to procure or make firm commitments to acquire a Covid-19 vaccine.

The country is not among 34, mainly wealthy countries, which by yesterday had purchased or reserved nearly 10 billion vaccine doses as they become available in the next two years.

In Africa, only Egypt has confirmed reservation of 55 million doses, according to Duke University’s online vaccine procurement tracker.

On Thursday, Chief Administrative Secretary for Health Rashid Aman said they are closely monitoring the progress in vaccine development globally and will engage at the right time.

“Whether we will be able to have access to the frontrunner vaccines is the question. We are working hard to see how we are going to get the vaccines,” said Dr Aman.

He also confirmed there has been no engagement with China or Russia on acquiring their vaccines, which he said are still undergoing final clinical trials. “But we are open to any vaccine that demonstrates acceptable efficacy and safety after going through the required scientific and regulatory procedures.”

Aman was responding to media questions during the Health ministry’s Covid-19 briefing following reports that Kenya might get a vaccine by February.

He said there are talks to access the Oxford University/AstraZeneca vaccine. “We are already in some form of discussions on the availability of this vaccine when approved.”

Among the frontrunner vaccines, this is the only one being tested in Africa with trials currently going on in South Africa and in Kilifi under the Kenya Medical Research Institute (Kemri).

Aman, who is part of the Kilifi study team, said they want to find out how Africans respond to the vaccine. “If found to be safe and effective in generating protective immune responses, the ChAdOx1 nCoV-19 will be further developed for use in controlling Covid-19, including in populations in Kenya and other countries in Africa,” says the study protocol.

But while the Oxford vaccine is in the final Phase III clinical trials in other countries, in Kenya it is almost five months behind with Phase I trials having started in October.

Oxford had applied to start the study in April, the same time as in the other participating countries, but approval was delayed after trials in the US, UK, Brazil and South Africa had moved on.

Last weekend, a local daily that had been given access to the Kilifi trial site told of delays from government agencies.

For example, although Kemri had publicly announced it was recruiting participants two months ago, the Pharmacy and Poisons Board (PPB)–the regulator–indicated that recruitment had not started.

The PPB also suspended the trials after they started. When we enquired about this on October 6, we were told it had been an error and the suspension was quickly lifted.

But there was no explanation from both sides on the handling of an exercise with such importance to the lives of Kenyans.

Last week, the WHO Regional Office for Africa also expressed frustration at the manner countries in the region are preparing for vaccination.

A vaccine readiness assessment by the WHO Office showed all the 47 countries are not ready to deploy the vaccine when made available.

The agency said the preparedness level was at about 33 per cent, which is well below the desired benchmark of 80 per cent.

“The largest immunisation drive in Africa’s history is right around the corner, and African governments must urgently ramp up readiness,” said WHO Regional Director for Africa Matshidiso Moeti.

Two senior health officials in Nairobi and Machakos counties, who requested anonymity, said they are not aware of any Covid-19 vaccination plans. “You are telling us,” said a nurse in Machakos.

So far, no official statement has been publicly issued by the government on modalities of the vaccine rollout when it becomes available.

Kenya, with other poor countries, expects to access a yet to be identified vaccine through a WHO facility called COVAX.

Through this arrangement, the WHO will secure vaccines for about 20 per cent of each participating country’s needs. Individual countries, though, will have to meet the cost of their own internal logistics as well as part of the delivery at about Sh221 per dose.

Kenya is initially likely to target its 40,000 frontline health workers in both the private and public health facilities.

Next might be the nearly two million citizens aged over 60 years–a group that has proven most vulnerable to the coronavirus disease.

Experts say that, ideally, everybody should be vaccinated. This explains why rich countries have already booked almost all vaccine doses expected in the market up to 2022.

“Our data show that almost 10 billion doses have been reserved, most bought by high-income countries,” said Andrea Tylor of Duke University, adding that some people in poor countries won’t be immunised until 2023.

The Oxford consortium, however, has committed about 300 million doses to the COVAX facility. The Kenyan Government is yet to make public its agreement with Oxford allowing them to carry out clinical trials on Kenyans and the possible benefits.

Peru, for example, has allowed China’s Sinopharm and the United States’ Johnson & Johnson to conduct vaccine trials in the country, on condition the host country gets preferential access to the final product and at a discount.

Since last week, technical teams under the National Emergency Response Committee on Coronavirus have been on overdrive as the reality of working on a vaccine finally hits home.

With the recent confirmation of several working vaccines in the US, UK, China and Russian, and an emergency approval in Britain, the taskforce has been ordered to work out modalities on regulations, procurement and distribution.

“It is a monumental operation with some teams working all hours to ensure Kenya does not miss out on the earliest vaccines coming into the market,” said a member of the scientific committee.

He said Kenya is working on a three-pronged approach: prepare for the UN-led COVAX facility, direct purchase, and look out for donations from development partners.

Dr Okoth declined to speculate when Kenya might get a vaccine but assured that the country won’t be left out. “In my personal opinion, I think this could happen in the first quarter of 2021. But a lot of work still needs to be done.”