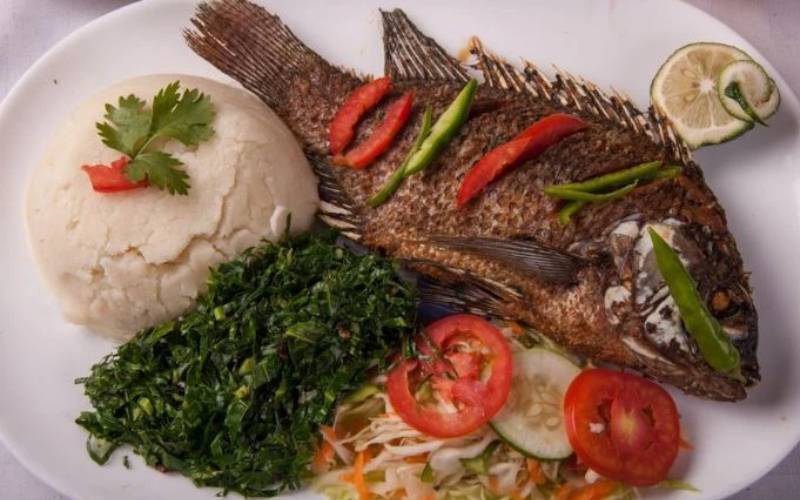 “Is this from China or Lake Victoria?” This is a common question anybody buying tilapia within Kisumu County often asks fishmongers.

The answer is always predictable: “It is from Lake Victoria.” However, chances are that the trader is not telling the truth, with the source of the fish a matter of conjecture in the wake of a reported increase in fish imports from the Asian country.

This as fish catches from Lake Victoria have fallen by more than half over the past two decades, according to official data on the back of overfishing and pollution.

The lake is also choking under expansive stretches of water hyacinths. The invasive weed has seen many fishermen give up the trade, with their small boats no longer able to navigate through the weed.

Fishing in Lake Naivasha a risky job as gangs take over

It is estimated that the catch from the lake now stands at 140,000 tonnes of fish annually against a demand of 500,000 tonnes. The supply deficit has created an opportunity for Chinese companies, which in partnership with local firms, are now estimated to bring in Sh1.8 billion worth of fish annually.

Traders in the lakeside city are cashing in on the inability of buyers to tell whether the fish that ends up on their dinner plate was imported or not since the freshwater tilapia species from China is from the same broad species local fishermen catch in Lake Victoria. The distinguishing factor, however, is the pricing of the two, with the Chinese fish relatively cheaper. It sells for as little as Sh185 per kilo compared with about Sh550-Sh600 per kilo for the local catch.

Christine Auma, a fishmonger at one of the slums in Kisumu, said she gets her fish from the two Chinese fish importers based in the lakeside city.

And like many other fishmongers, she does not disclose the source of her fish to clients due to the negative perception attached to the “Chinese fish.”

She agreed to speak to us but declined any form of recording as she fears it would impact her business negatively.

“Once you mention it is from China, the customers disappear,” said Ms Auma.

To wipe out any evidence that might betray the source of her catch, she destroys the cardboard boxes that are used to ship the frozen fish and empties them into another container.

During our conversation, one of her regular customers who only identifies himself as James comes along and orders some fish.

When asked later if he is sure of the type of fish he had just bought, James admitted was a tall order to distinguish between the two species but admitted he was happy with Auma’s pricing of the day’s catch.

“I do not know how to distinguish between fish from China and from Lake Victoria. So I am not certain about the source of the fish I buy,” he said.

Prodded further, Auma admitted lying to some of her customers sometimes about the source of her fish to drive sales. Suzan Atieno, another fishmonger, said she had completely taken to selling the imported fish because her local suppliers could not keep up with demand.

“Fish became scarce and one had to struggle and fight for it at the landing sites. That is how I came to selling Chinese fish,” she said, adding that the profit margin is better.

At the two Chinese fish depots in the town, the prices of the fish range between Sh1,650 and Sh2,500 per box. The fish is imported from Zhangzhou.

East African Sea Food Ltd (EASF), which also processes Nile perch (from Lake Victoria) for export to the European Union markets, is one of the companies that have been importing tilapia from China for the Kisumu market for a while now to address the reported deficit.

'I can provide the fish (imported) if a customer places their order,' said one trader who did not want to be named.