In November 2011 Beth Mugo was diagnosed with breast cancer. While she was declared cancer free after treatment, it is her personal fight against the disease that has turned her into one of the biggest cancer advocates in Kenya.

The former Minister of Public Health and sanitation was treated at the Abramson Cancer Center in the United States. The treatment marked the start of her fight for women to get better healthcare and screening services locally which led to her founding the Beth Mugo Cancer Foundation.

A seasoned politician, Beth is a founding member of the Democratic Party; served as Dagoretti Member of Parliament from December 1997 to 2013 and is currently a nominated Senator. In addition to being a founder of the Democratic Party, Beth Mugo was a national coordinator of women’s affairs for the party. She is also a member of The United Nations Development Programme (UNDP) Africa 20,000 Network Advisory Group. She was the convener of the African regions preparatory forum ahead of the United Nations conference on women held in 1995 in Beijing, China.

Beth Mugo has been married to Nicholas Mugo for 61 years. She celebrated her 80th birthday and 61st wedding anniversary on the same day with her husband and family by her side. 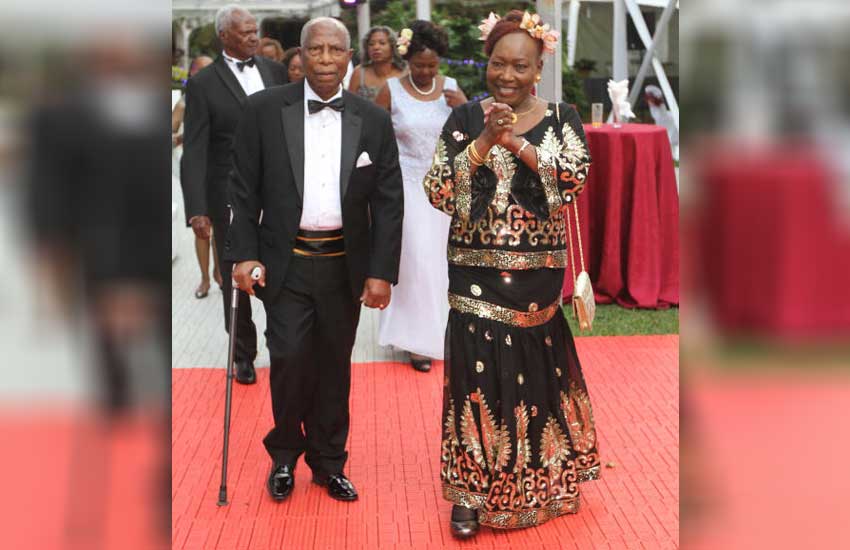 The celebrations of their marriage milestone were held at the couple’s home in Kitusuru. The guest list was made up President H.E Uhuru Kenyatta, who is Beth's cousin; family members, and a number of dignitaries and friends.

Instead of gifts, guests were requested to make donations to the Beth Mugo Cancer Foundation. In an interview with the Standard, Beth Mugo states that the foundation does screenings for free for prostate cancer, breast cancer and cervical cancer. She added that at least 12,000 people have been screened by her foundation, so far.

Beth credits her success and long successful marriage to God. In her 61 years of marriage she says she has seen the hand of God and He has been their guide.  She gushes over her happy marriage and pointing out that they have had respect for each other and always communicate because “no matter how big a problem is, when you talk about it, anything can be worked out.“