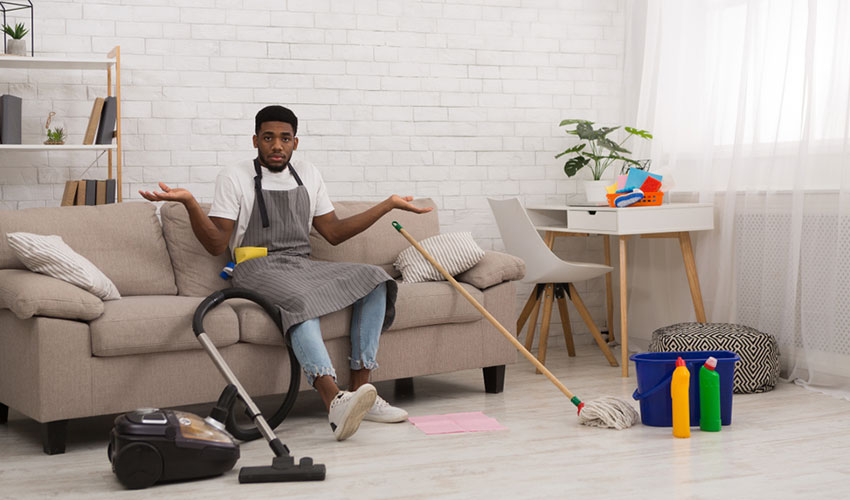 One thing that drives the missus nuts is your apathy towards any manly household chores. It is a well-known fact that landlords in Nairobi cut corners when putting finishing touches in the houses they rent out. Just to save a coin, they paint with spittle and wardrobes are made from saw dust, and they go for the cheapest material when making sinks.

This means six months after you move into a house, you have to fix something every week. Some just need a quick screwing, some tightening, paint and so on and so forth.

In their childhood days, our fathers woke up at 3am to milk and feed cows before going to school. And in the evenings, they had to graze the cows across many ridges. By the time they were adults, they had many skills. They could fix gates in their households, split firewood, and still find time for his evening beer.

But you are from a different generation. From Class 5, you spent your time in boarding school, which prepared you for office life, where there are always people working at your convenience. It is funny, Caroline never buys such a simple explanation for your ‘laziness’ as she calls it. Or apathy as you know it.

Sometimes, the kid hangs onto the wardrobe door slightly, and since it is held together with screws made out of bamboo wood, it comes off its hinges and hangs precariously in the room, risking the life of the child. Caroline usually asks to fix it urgently, but you have a way of forgetting, especially after the kid has been pinched and he knows the consequences.

Then somehow, the toilet flush system breaks down and you have to pour water from a basin to flush the ones and twos. Caroline hates it, because she grew up in a home where toilets never broke down. In the meantime, far in the kitchen, all the drawers need some tightening or replacement. And then someone is teaching Little Roy how to write on the wall, and the Little Man is the future Flossing Mauwano, the man behind the ugly graffiti across the city.

Carol always pleads with you to fix these things, but you have the memory like that of a politician after an election. You keep forgetting and downplaying that, and it always boils her blood and causes marital strife every evening. Despite your promises, she hardly takes you by your word.

Because you believe there are plumbers to carry out such jobs and all Carol needs is their number and the men will fix it and you will pay, or she can pay. It is her house after all, you are only a tenant with a space for your two coats and two pairs of shoes.

Sometimes, she does call a plumber who fixes everything and she pays for it, and then she spends next 69 days reminding you how less of a man you are because you can’t pick a brush to paint off where Little Roy ran his dirty pen.

But you can take her insults and pay back the money she used, just to buy peace of mind. Because the house belongs to the wife and fixing stuff inside should be her job. Otherwise, how will you find time for beer with friends?