30-year-old woman gives birth despite being a virgin

A woman has given birth after conceiving a baby through IVF although she has never had sex because of a condition which makes her vagina clench when touched.

Revati Bordawekar, 30, from Ahmednagar, India, had sensed something was wrong when the thought of using a tampon made her vaginal muscles clench.

At the age of 22, Revati tried to use a tampon for the first time but failed as her hand began to shake and the vaginal opening seized shut.

When Revati married Chinmay at the age of 25, she told her husband of the condition she thought she might have.

She took advice from medical advisers and friends - drinking wine before sex, practising foreplay and even using numbing cream around the labia.

But nothing worked and she eventually turned to doctors for help.

Revati was put under general anaesthetic for checks and she was later diagnosed with a condition known as vaginismus - when the muscles around the vaginal opening contract involuntarily.

The doctors surgically cut her hymen and dilated her in the hopes that she would overcome the condition.

However, it had little effect so the couple tried IVF and got pregnant in May last year.

Revati said: "We were desperate to overcome it because we wanted to get pregnant, so I looked at the vaginismus support groups for ways to get pregnant.

"They suggested using syringes to collect semen then inserting it as far as possible into the vagina.

"We tried an IUI under general anaesthesia because of vaginismus which failed. So we did our first IVF cycle and our second cycle finally worked." 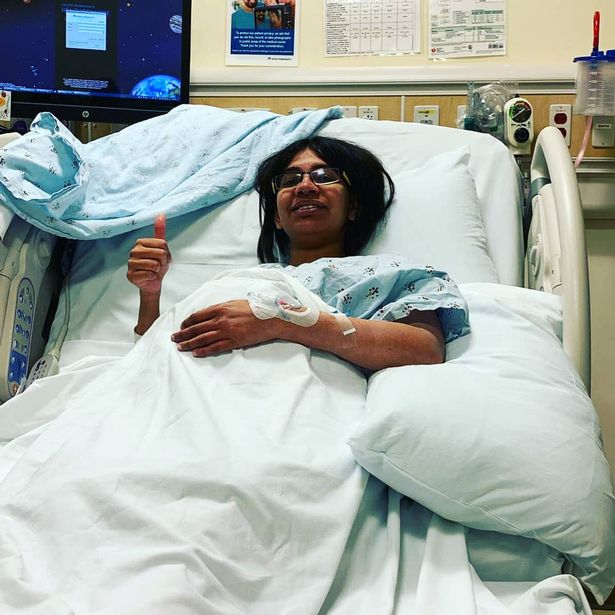 Revati had always intended on a C-section delivery due to her vaginismus, but after meeting with midwives and attending birth classes, Revati knew that she'd made it this far, so she wanted to experience the full birthing journey.

During the delivery, Revati had to psyche herself up for pushing and despite her vaginismus, she welcomed daughter Eva in February 2019.

"My daughter was born on February 9 after 48 hours of labour. I was at a 7.5 cm dilation when I finally had to ask for an epidural because my contractions were getting too intense and I was in great pain.

"When my midwife said it was time to start pushing, I asked for five minutes to brace myself.

"I thought about my struggle with vaginismus since my teens, the years of being told to 'relax and it will happen'.

"I thought of how bad I felt each time I was deprived of something that came naturally to most, yet this was my only chance to experience the miracle of vaginal birth. And then I was ready to start pushing."

Revati said they have not tried sex yet but she is not confident that it won't be a barrier anymore.

"I'll always remind myself that if I can push a six-pound baby with a head circumference of 33 cm out my vagina, I can easily take in a penis with much lesser circumference inside of me," she said.

"I want to show that vaginismus doesn't stop you from giving birth to your baby. Coming from someone like me with severe primary vaginismus - if I could do it, you can too."