﻿﻿ Evewoman : First pictures of Royal baby: Kate Middleton shows off her little son as she leaves hospital with William ​
​

First pictures of Royal baby: Kate Middleton shows off her little son as she leaves hospital with William 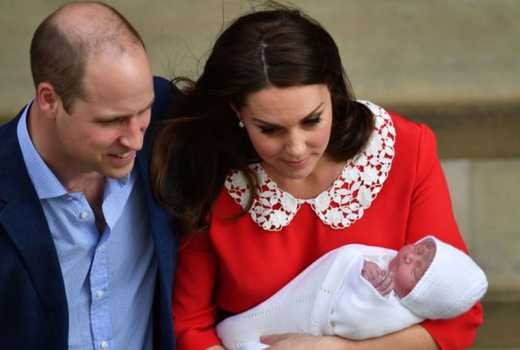 ALSO READ: I was told my business was a silly idea

With beams on their faces, it was the moment the Duke and Duchess of Cambridge presented their third child to the world for the first time. Kate, 36, and William, 35, emerged from the exclusive Lindo Wing of St Mary's Hospital, Paddington, yesterday, accompanied by their newborn baby boy.

The proud parents were greeted by excited royal fans and countless cameras as they walked out of the private maternity unit with their bundle of joy. It had earlier been announced that the Duchess had given birth to a son.

She "safely" delivered royal baby number three this morning, just hours after being admitted to hospital and as the country marked patriotic St George's Day. 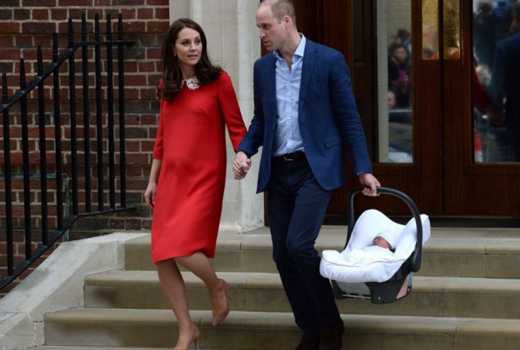 The little boy was born weighing 8lbs, 7oz. The royal couple both looked radiant as they waved to their adoring fans outside the Lindo Wing, less than 12 hours after the Duchess of Cambridge was admitted.

Prince William quipped: “We didn’t keep you waiting too long this time.” But when he was asked about a name for the newborn boy he said: “You’ll find out soon.”

The baby's elder brother and sister were said to be "very happy" meeting the young Prince.

Shortly before the newborn was presented to the world, his older brother and sister, Prince George and Princess Charlotte, were led inside to meet the youngest royal.

Charlotte particularly appeared to relish the attention, waving at cameras outside the hospital. 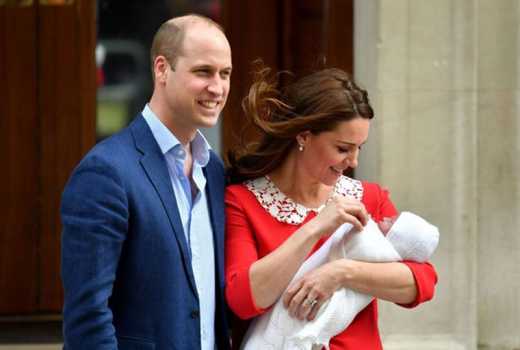 George, who had spent the day at school and was dressed in his school uniform, appeared a little shy as he arrived, but Charlotte waved at the cameras twice, turning to do so and smiling as she walked up the steps.

His dad, Prince William, 35, was present for the birth, and both mum and baby are "doing well", Kensington Palace said in a statement yesterday afternoon. 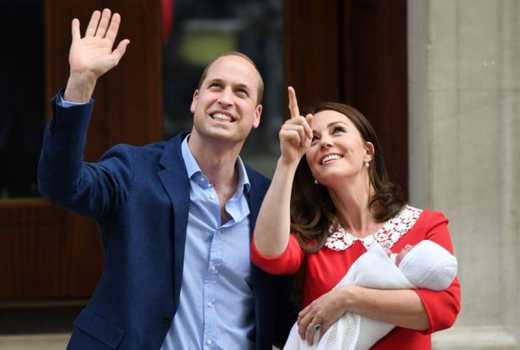 Kate's outfit outside the hospital was an echo to when Princess Diana and Prince Charles presented Prince Harry in 1984.

Family members were informed and were "delighted" with the news.

I was told my business was a silly idea