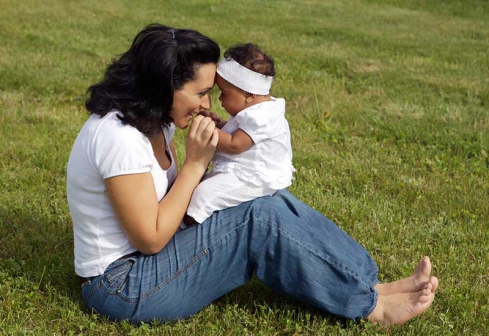 If there is one thing I would like to advise young men, it is that they should never try to have a child with a woman they don’t intend to marry. That is especially, if such men have better job prospects, or likely to excel in business.

You are paying heavily for one such misstep. A ‘mistake’ from your mid-20s still haunts you to this day. Your baby mama turned out to be dramatic. You should have read the signs. When things went south, you hoped you could still agree on how to go about co-parenting.

Indeed, you love your son, despite what happened. The kid is a chip off the old block. And you notice that he always wants to bind with you, but his mother is so talented at pettiness, you long gave up. Except that, every so often, she has to interrupt you, and she is getting on your nerves. On Sunday, as you nursed a slight hangover, she called and you thought she wanted to bring your son over or invite you for a visitation. But she had some interesting news.

“I hear you ‘daughter’ attends (name of the school), and your son attends an ordinary school. I want the boy to also attend a good school.”

You ex derives a certain pleasure from pissing you off. Sadistic and crazy fun. “Who told you that she attends that school, who told you that I’m the one paying school fees?” You replied without too much preamble.

“It is none of my business, directly or indirectly, you are paying for it … And you have to pay for Ryan too. He deserves the best too.” There are better ways to spend your Sunday than argue with a mad baby mama. “Find the school you want, and we will split the school fees, you pay half, and I pay half…”

She hates it when you try to be smart. “But you must also send the upkeep!” she chimes in.

“Do you know that my contract is ending in November and I will be jobless by January?”

“I don’t care. Figure it out. Ryan will attend the school I want and you will pay.” It’s like she gets paid to be rude!

“We will cross the bridge when we get there.” She knows you love your son but won’t give him up to your custody. She uses the child to get on your nerves. She also uses him to fleece you. She doesn’t make much from her sales job and her family used to be rich but by the time you were breaking up, it was going down. Now she has turned into an extortionist.

Does she know that there are very few responsible men like you? You contemplate tying your pay slip to loans and all, to stop her from fleecing you, but that will be to the detriment of your son. But you have to find a way to stop a baby mama gone rogue. There ought to be a way to stop her from turning you into an ATM - legally or through whatever funny channel. And she will regret it.