Beware: Your dreadlocks may just be from the morgue

POLITICS
By SONI KANAKE | 4 years ago 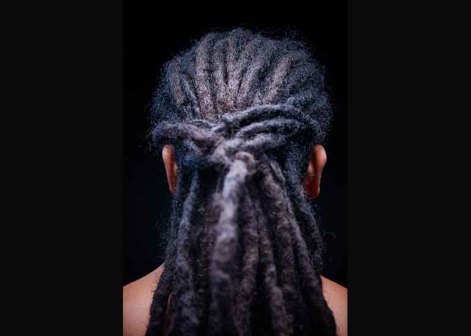 Some businessmen are selling locs that have been stolen, in some cases from corpses

Take a walk along Nairobi streets on any given day and you will find yourself bumping into several men and women sporting dreadlocks. Some look absolutely gorgeous but others are just plain hideous.

Dreadlocks are not for the impatient. They take many years to grow and that is why for some like Brenda, grafting is the solution.

“Growing dreadlocks needs a lot of patience, and nice ones can take years to grow,” she says. “I had to buy dreadlocks and have them grafted,” she confesses.

Tips on how to grow back your receding hairline

“Grafting is a process that involves harvesting dreadlocks from one person and fixing then on another person’s head,” explains Steve Roots, a loctician (hair stylist specialising in dreadlocks).

“Most people today opt to buy dreadlocks as opposed to waiting for their own to grow,” he says.

It is this craze for grafting that has turned locs into a highly profitable business venture. But herein lies the danger. You might buy locs from a source you cannot verify.

Roots says there is a certain comfort in knowing the source of the locs you want to buy. However, dreadlocks do not come cheap and this could result in unscrupulous people acquiring them through dubious means.

“For instance, one could have stolen them or even colluded with a mortuary attendant to get them from a dead body,” he says.

Roots has been a loctician for 12 years and has trained over 100 locticians through his Roots Academy. Asked if anyone can walk into the salon and sell their dreadlocks, Roots says they always vet their suppliers.

“We are a reputable salon and need to know where the locs come from,” he explains.

He always insists on a 'before' and 'after' picture of the person selling the locs.

"It is even better if we cut off the locs ourselves," says, adding, “Most clients who want locs grafted want to know where we get them from,” says Roots.

The dangers of using dreadlocks from a dead body could include getting anything from lice to alopecia.

“It is pacifying for clients to know the source of their locs because unlike weaves, which one can remove after a while, locs are more permanent,” he says.

Roots prides himself in selling quality locs, which range from Sh35,000 to Sh60,000. The price is usually dictated by the quality and length of the strands.

“We either have a 'before' and 'after' picture or we cut off the locs ourselves,” he says. “And we usually connect the buyer and the seller.”

Kanyanya says the asking price for locs measuring 10 inches and above could start at Sh40,000.

“The prices are not fixed and vary depending on the quality and length,” he says.

“Dyeing hair can weaken it and make it thin, which could lower the quality. We tend to stay away from dyed locs,” says Kanyanya.

“We also don’t buy dreadlocks with a build-up of fluff that has stuck to the locs because of styling gel."

Brenda says she parted with Sh20,000 for her new locs, which are 30cm long. When she is asked for a 'before' and 'after' picture, she says she wants people to think it’s her natural hair.

That is the reason why she does not even want people to know her second name.

“No way! I don’t want to expose my little secret,” she says with a laugh.

Today, many modern women like Brenda are opting for the shorter path of buying dreadlocks. And it is telling that many organisations have no problems with dreadlocks as a hairstyle as long as they are kept neat.

Gacheri has been growing her dreadlocks for the last 12 years and says they were never an issue in the corporate organisation she worked for.

Her dreadlocks fall below her waist.

“My hubby loves them,” she confesses.

Asked if she would ever consider selling them, Gacheri says no.

“If I ever cut them, I would store them and have them grafted on later,” she says. “Growing them has been a long journey. It is hard work."

She says wearing dreadlocks is one of the best ways to maintain natural hair as you just twist it and let it grow.

Going by market rates, Gacheri’s locs, which measure about 22 inches, would sell for more than Sh100,000.

“That’s a small plot (of land) somewhere,” she jokes.

Like Brenda, many clients seem to favour grafted hair because they give the hair length.

“Styles are limited when locs are short,” explains Kanyanya.

Grafting is catching up slowly but surely among dreadlocks lovers.

Tony Kirimi, a loctician at Joe’s Salon on Kenyatta Avenue, says, “There is a growing demand for dreadlocks although my clients are still sceptical about wearing ‘another person’s hair’.”

Roots says he has seen an increasing number of women embracing dreadlocks in his 12 years in the industry.

"We have a wide clientele base that sells their locs to us," he says, adding that wearing the same hairstyle for years can get mundane and some clients choose to change their look by cutting off their locs.

Purity, a client, is overjoyed about her new look. The young mother of one had been growing her dreadlocks for six months before deciding to fast-track the process.

“I bought my 10-inch dreadlocks for Sh40,000 last year,” she says, explaining that she opted for that route because her six-month locs were too short for styling.

“After grafting, the new locs have blended with my hair and you cannot tell the difference,” she says.

Although her job in a tea factory requires her to cover her hair, she is content with her beautiful locs.

Although there are many things that can affect the growth process, we can at least add a couple of inches faster with a few tweaks here and there 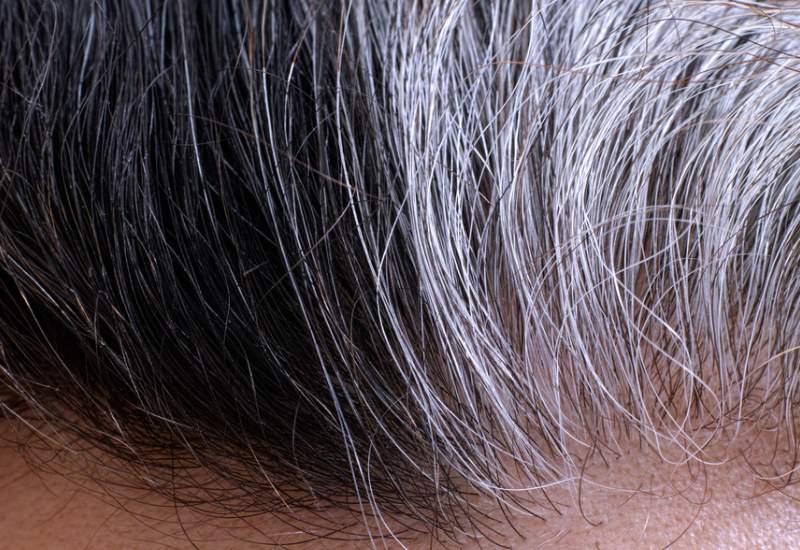 By ESTHER MUCHENE | 13h ago 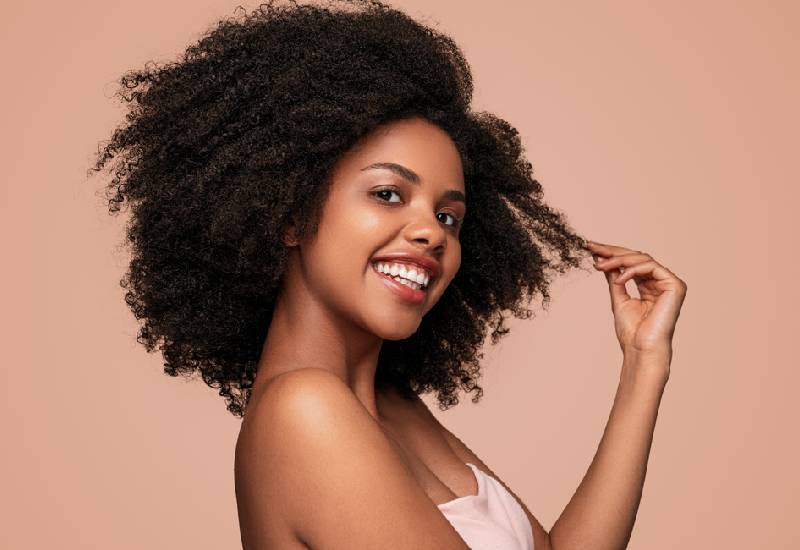 How to have and maintain long hair 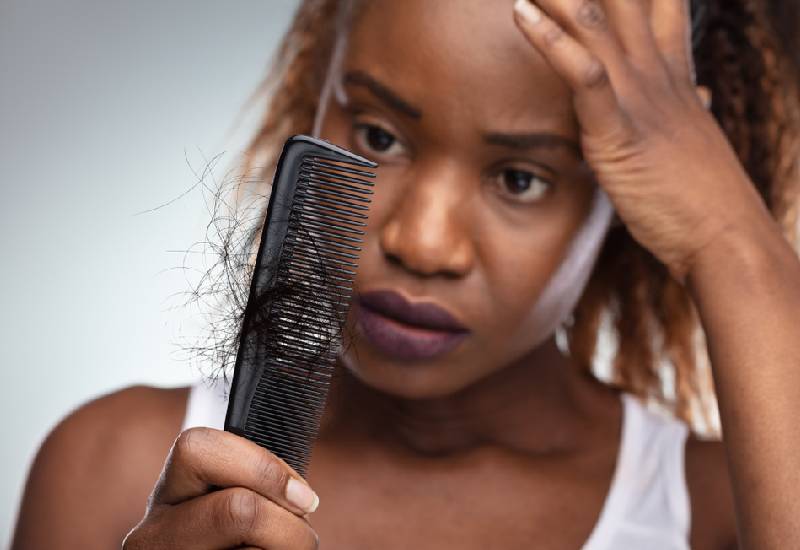 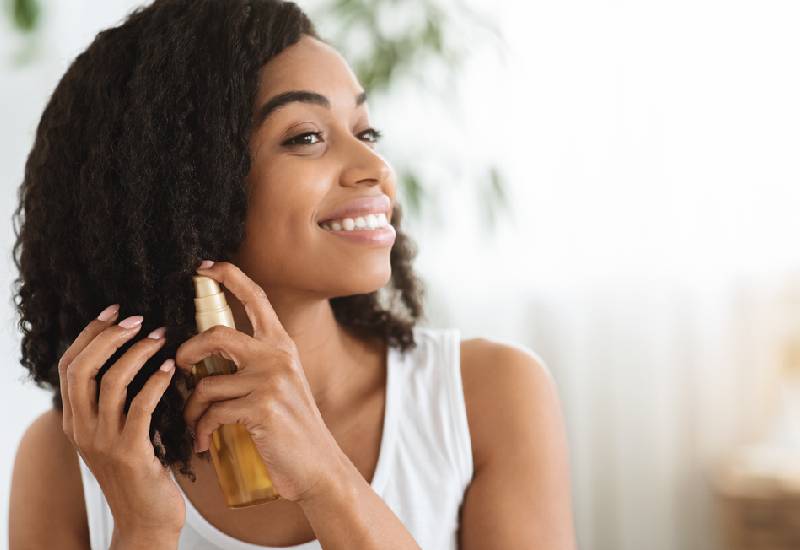