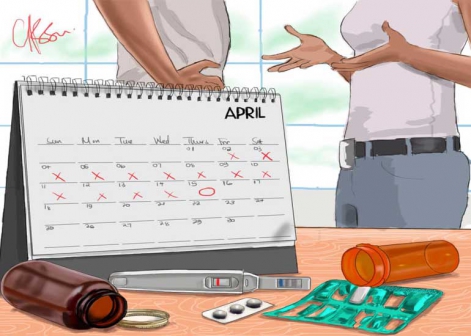 ALSO READ: Why it’s better to have children before your 40s

I am frustrated and depressed after going through three unsuccessful advanced fertility treatment cycles. Should I give up and stay childless or are there alternatives I can pursue?

Advanced fertility treatment is popularly referred to as test-tube babies. In scientific term, it is known as In-Vitro Fertilisation (IVF).

It is a process by which an egg is fertilised by a sperm outside the body in highly regulated and specialised labs.

The fertilised egg develops into an embryo and grows in a laboratory for a few days before being placed into the woman’s uterus.

ALSO READ: Things you should know about Rhesus factor and pregnancy

The new technology has helped many couples to have children.

Even though the techniques have been refined over the years, many couples will go through IVF and still end up without a child.

The frustrations of failure are not helped by the financial and emotional burdens of IVF treatment either.

So why does IVF treatment fail? There are several critical procedures to IVF treatment that must be adhered to and any sub-optimal response is likely to influence the outcome.

Some women may produce less poor quality eggs and at the same time amount of sperm and quality may also be low.

Such a combination would lead to poor fertilisation and lowered potential for pregnancy.

Once embryos are placed into the uterus, a pregnancy may not occur. This is referred to as failed implantation.

Some women will get pregnant but end up with a miscarriage.

It is advisable to re-evaluate the failed process to establish the likely causes of the failure.

Couples should also consult their fertility team and critically review the failed cycle.

Alternate approaches must be defined for subsequent treatment, especially if any apparent gaps become evident.

In some cases, it may turn out that everything was optimised from the outset, with no new modifiable approaches. That can be very frustrating, with no apparent reason for the failure.

Subsequent actions following the review depend on several factors. You could decide to try again with your current fertility team.

You can also consider seeking a second opinion or an alternate fertility clinic.

If you decide the latter, get a summary of your treatment from the initial clinic as this forms the basis for alternate recommendations.

Three failed cycles can be traumatic and I would advise that you see a counselor to help you deal with the situation.

— Dr Alfred Murage is a consultant gynaecologist and fertility specialist

Why it’s better to have children before your 40s

Things you should know about Rhesus factor and pregnancy

Causes of infertility in men

Male infertility: I was too ashamed to talk to my friends

Five foods to eat to boost your uterus' health