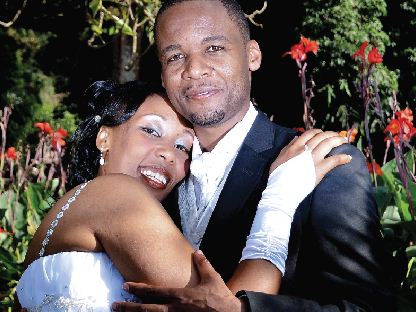 Once upon a time, young brides enlisted their mothers as partners in designing their wedding, and the men stayed out of it. The groom was not expected to participate.

If for some reason he felt compelled to voice his opinion, his future wife and mother-in-law would have dismissed him!

Not any more; there’s an emerging trend where the groom is involved from the initial stages of the planning to the moment the very last guest leaves the wedding venue.

Citing factors such as equality in intellect and finances, experts in the wedding industry are reporting more scenarios of brides taking a back seat while the groom takes the planning head on.

Mercy Kathuri of Eden Events says grooms no longer want to walk into ‘the bride’s dream wedding’ — they want to be involved.

There is more evidence of a masculine touch in the table set up, seating arrangement and even the bridal gown!

Moses Kithinji is one of the new breed of grooms doing more than signing the cheque. He chose his fiancé’s wedding dress without even consulting her!

The seemingly smooth ride would, however, take a dramatic turn, after the bride demanded for a detachable chapel train; something the groom thought ‘un-African’ and a spoiler to their African themed wedding.

Finally, the bride, Jane Mulekyo got her way and they wedded in a beautiful baby pink and earth brown African themed wedding.

The groom and his best man recruited the decorator, took her on site and explained the vision of their wedding to her! The groom also met the day’s chef and explained to him how he wanted the menu.

Why this change? Our culture has slowly shifted in ways that affect how people plan their weddings. And it goes past the espousal; more women are taking careers once believed to be the male dominated and are working full time at demanding jobs, just like their male counterparts.

Thus for many twosomes, it comes down to which person has more time or flexibility in his or her schedule to devote to the numerous phone calls, and errands required to put together a wedding celebration.

After months of planning that saw both of them bond over anxieties and compromises that come with meeting the numerous suppliers, the marriage counselling and the placing of orders, they agreed to an adult’s only ceremony that would last from midday to midnight.

The afternoon seamlessly rolled into the early hours of the evening, until the on-day wedding coordinator reported a delay in the delivery of the drinks.

He started cutting deals and discounts with the present guests who seemed to know a thing or more about supplying drinks for events.

Throughout the groom’s flurry, the bride sat calm and collected later remarking that, ‘it shows he (groom) can take care of us’.

The groom admitted to having slept less than two hours the night preceding their wedding as he made sure every last detail was in place.

He went as far as hiring an on site coordinator just to make sure no unwanted surprises sprung up during the wedding day.

For both grooms, taking part in the planning imbued a sense of control and certainty.

Despite the stress that came with it, they both admitted to actually having fun through out the ‘worthwhile course’.