'The sun will shine again,' Captain Tom, 99, says as he completes $15 million walk 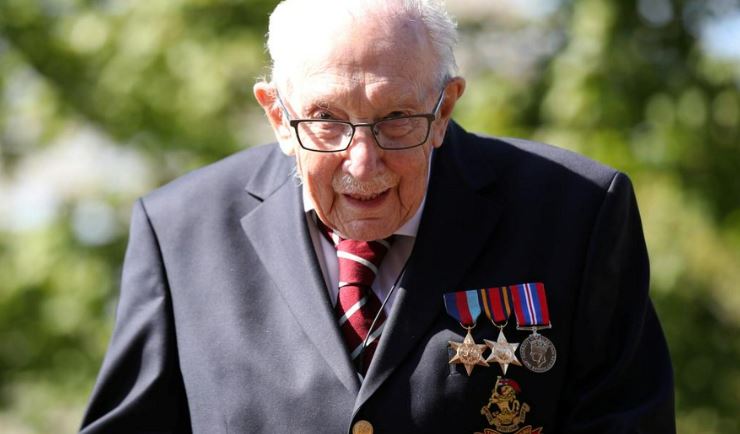 Tom Moore, a 99-year-old British war veteran, completed 100 laps of his garden on Thursday, raising more than 12 million pounds ($15 million) for the health service in an endeavor that has sown joy across the country amid the coronavirus doom.

Retired army captain Moore, who has used a rollator to move around since breaking his hip, set himself the target of walking the 25 metres around his garden 100 times before his 100th birthday on April 30.

He completed the endeavor on Thursday to praise from around the country - and even a salute from soldiers in the regiment which replaced his own. Moore, raised in Yorkshire, northern England, served in India, Burma and Sumatra during World War Two.

“For all those people who finding it difficult at the moment: The sun will shine on you again and the clouds will go away,” Moore, in a blazer and tie and displaying his war medals, said on completing his walk.

“You’ve all got to remember that we will get through it in the end, it will all be right, it might take time,” Moore said. “At the end of the day we shall all be okay again.”

He said he had been inspired by the care he received from Britain’s state-run health service when he broke his hip and had cancer.

The Chandaria Industries and the National Youth Council have collaborated