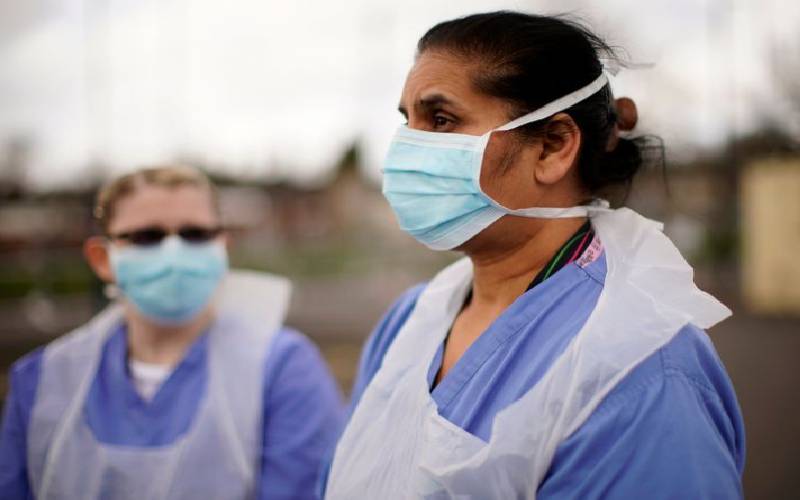 More than a dozen of those who died of coronavirus most recently did not have underlying health issues.

Yesterday it was revealed a further 260 people had died from coronavirus in the UK, all between the ages of 33 and 100 years old, marking the country’s worst day yet.

But 13 of those who died had no underlying health issues, NHS England has said.

Those who died that did not have pre-existing conditions were between the ages of 63 and 99 years of age, the organisation said in a statement yesterday.

The latest figures released show that 1,019 people have died from the virus since it started spreading in the UK.

The announcement comes as NHS bosses said keeping coronavirus deaths in the UK below 20,000 would be "a good result".

Speaking at a press conference on Saturday afternoon, Professor Stephen Powis, National Medical Director of NHS England, said: "The number of deaths that arise out of this epidemic in the UK, if it’s less than 20,000 as Sir Patrick Vallance said, that would be a good result, although every death is absolutely a tragedy

“But we shouldn’t be complacent about that, although that would be a good result, it will only happen if we stop the transmission of the virus.”

Prof Powis continued: "It is early at the moment and the scientists who are working with the government to model what we can expect are of course adjusting their predictions now as we start to see the actuality of the epidemic in the UK, rather than what we believed might have happened a few weeks ago."

"Naturally we are very concerned and our thoughts and prayers are with the families of all those who have lost loved-ones in the last few days," he told Sky News.

"Because what we were seeing echoed on the NHS frontline was the fact that people were coming in who were young, fit and healthy.

"Of course, the majority of the patients will be older, those that actually require ventilation, but no single group of people are immune.

Governmental advisers warn that even stricter social distancing measures could be put in place if the increase in figures doesn't stop.

This week France announced that individuals could only exercise alone – unless with children – for a maximum of an hour and within 1,000 yards of their homes. Spain and Italy have banned exercise altogether.

Previous article
Mali holds election despite coronavirus and insurgency
Next article
Pregnancy made me hate my husband's voice, cooking