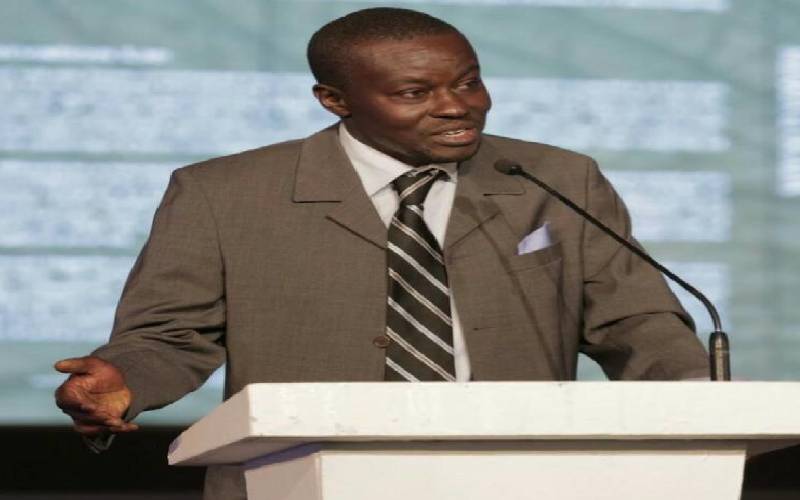 Controversial ecologist, author and scholar Dr Mordecai Ogada (pictured) talks about racism in conservation, and why academics play dump when the government is screwing up

You co-authored The Big Conservation Lie with environmental journalist, John Mbaria. What is the philosophy behind this book?

This book is essentially a call towards an intellectually and socially sustainable model of conservation. The philosophy we have in place now is inspired by ‘Tarzan of the Apes’, which wasn’t true even in 1912 when it was written. Loosely described, our conservation is a strange ‘communion’ between African wildlife and white people in a mythical Africa bereft of black people which, of course, is a load elephant crap.

This book has earned you academic speaking engagements in Asia and the Western world. Any invite from a Kenyan university?

None at all! It is a sad irony that our universities have become repositories of intellectual rigidity and severely limited intellectual space. This rigidity has been reflected even among members of the Cabinet recruited from academia. Our universities have become arenas where we read instructions in order to become competent ‘technicians’ adept at implementing other peoples’ ideas rather than developing new ones, which are discouraged, or at best, ignored. A perfect snapshot of the ‘competency-based curriculum’.

Some white conservationists dismiss you as a racist. Are you?

That label is mostly from those who are unable (or unwilling) to engage me on the principles that I am talking about. It is a symptom of alarm at the impending collapse of an unaccountable ‘kingdom’ that has existed for nearly a century.

Yes, this is true. Among other reasons, research produces innovation that often doesn’t quite fit into ‘procurement’ for obvious reasons.

To what extent is this a challenge in conservation?

The ethos underlying conservation practice in Kenya is neither sustainability nor viable solutions because the entire ‘industry’ is based on the crisis, or the perception thereof. This approach places a premium on high expenditure and temporary ‘firefighting’ kind of solutions, which automatically confer authority on those with the money to underwrite these activities. Those with the money are foreigners, so it follows that our conservation efforts will often pander to foreign interests.

Because most of them are aspiring for government appointments, and or are afraid of offending the donors who funded the development of their unsustainable ideas. Secondly, academia still suffers from the misconception that conservation is biology, forgetting that it includes culture, sociology and anthropology as well.

You don’t hold community wildlife conservancies in high regard...

I can’t say anything about the privately-owned and run conservancies, but the so-called ‘community conservancies’ are instruments of disenfranchisement of our people. The misguided promotion of tourism as a livelihood has been ruthlessly exposed by the Covid-19 pandemic. Conservancies are the frontline of the relentless war against resilience. This seems unreasonable until you understand that you must destroy resilience in order for local people to embrace a business for which they have no skills — one that is completely dependent on the patronage of outsiders.

Kenyan billionaires and corporates rarely contribute to conservation. Why so?

I’m not sure, but I know Mt Kenya Game Ranch (and Safari Club) is 100 per cent owned and funded by an indigenous Kenyan. It’s my hope that this is an indicator of things to come.

Our national parks and reserves, and wildlife, are principally viewed as tourism earners. Does this negate conservation efforts?

Yes, we’re getting this wrong. Tourism should be a by-product of conservation, not the reason for conservation. Otherwise, why would we conserve places that are inaccessible for tourists, and animals like aardvarks, which tourists never see? Conservation, like security services or the military, is a sovereign duty that should be fully-funded by the government.

Educated whites and the local elite who keep wildlife in cages are called animal lovers. But poor Africans who keep animals are called witches. What do you make of this?

This is the typical racism that underlies the conservation discourse in Africa. Other examples are white people eating ‘game meat’ and black people eating ‘bush meat’, white ‘hunters’ and black ‘poachers’ and so forth. I refer to it as ‘racism’, even when the perpetrators are black because the aspiration and portrayal of ‘whiteness’ is what makes the keeping of wildlife by the former group seem acceptable.

Are initiatives like fencing off Mt Kenya, the Aberdares, Kakamega Forest reserve good or bad for conservation?

The Aberdares fence is around the National Park, which locals aren’t supposed to enter, so that is not a problem. However, Mt Kenya and Kakamega forests are used by locals for cultural functions, medicinal plants, etc. Fencing them is violence against locals; a policy failure that is bad for conservation because conservation requires the buy-in of local people to achieve any long-term success.

The SGR line through Nairobi Park… could you describe it as the elephant in the conservation room?

Yes, literally. An unmitigated disaster, without the economic gains that were touted as a justification.

Kenya’s wildlife management and conservation model dates back to the 1940s. Does it meet current realities?

No, absolutely not. That is why it has to be supported by increased militarisation and violence. It is the model brought by the colonialists from feudal Europe, where the gamekeeper’s task was simply to keep the proletariat from using biodiversity for their livelihoods so that the noble could use the same for recreation. Very primitive indeed.

Lions kept “straying” out of Nairobi Park a few years ago… what was that about?

I’m not sure. But I speculate that it may have been disturbance by the SGR construction work and permanent human presence in the park. It could also be the loss of dispersal routes for individual lions seeking new habitats.

The environment function was devolved. If you met all our governors under one roof, what would you tell them?

Put the entire environmental docket under an inter-county setup because all our rivers, forests, grasslands and wetlands stretch across county boundaries. They cannot be administered separately.

Scientists from the University of Alberta claim that GC376, a drug designed for cats, could protect humans from Covid-19

By Mwangi Maina | 6 days ago