By Jacqueline Mahugu | 1yr ago 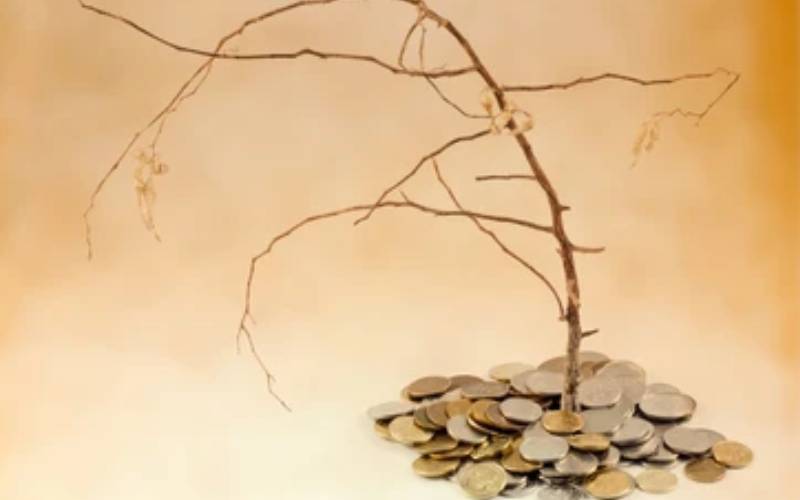 In 2015, Aleya Kassam wrote an open letter to Imperial Bank. “Overnight we were rendered effectively broke. Just like that. Every single shilling our family has is in Imperial Bank… We don’t even have the money to pay our electricity bill. And it’s been like that for a month now, with no idea what’s going on or whether we will ever be able to access that money.”

Hers was just one story out of 53,000 families that had lost their savings when the bank was placed under receivership. Some had lost tens of millions of their life savings in one fell swoop. In total, investors had lost Sh20 billion when the bank collapsed as a result of extensive multi-year fraud that involved collusion between corrupt senior bank officials and corrupt senior officials at the Central Bank of Kenya (CBK).

An investigation by American forensic audit firm, FTI Consulting, revealed that as early as 2012, a whistleblower had raised a red flag about possible money-laundering and tax evasion through an email to the Kenya Anti-Corruption Commission (KACC), The Treasury and the CBK among other government agencies.

Between 2007 and 2010, there had been a bloodbath for investors when four leading stock brokerage firms fell. These were Francis Thuo and Company, Nyaga stockbrokers, Ngenye Kariuki and Company Ltd and Discount Securities.

27,879 investors lost millions of shillings in the debacle. Nyaga Stockbrokers, for instance, which controlled 25 per cent of the market back then, went down with Sh1.3 billion of investors’ money. Then, regardless of how much money one had lost, the Capital Markets Authority (CMA) made a ruling in 2009 that the investors would be compensated a maximum of Sh50,000. The compensation totalled to Sh281 million.

The devastation was immediate. Back then, it was reported that the worst hit were retirees who lost their entire life savings, retirement funds, through these firms.

It was supposed to be a way to make easy money, selling investors’ shares at a high price and replacing them after the price had eased. But fluctuating stock prices that they could not anticipate precipitated the disaster that ensued.

“They were doing something the law does not allow them to do and hiding it before the law caught up with them,” says Wahome Ngari, founder of the Personal Finance Academy.

These devastating cases of people losing their hard-earned investments are not limited to Kenya. Lehman Brothers, which was the fourth largest investment bank in the United States filed for bankruptcy in 2008. By that point, the bank had 639 billion dollars in assets and was 619 billion dollars in debt, making it the largest bankruptcy in US history, and was said to have been the biggest tipping point to global recession.

The trigger was the mortgage crisis of 2008, as the bank had invested heavily in risky mortgages, but 18 months later, it was revealed by the bankruptcy examiner’s report that Lehman Brothers had been cooking books for years prior to that. The effect was that it made the business look like it was doing a lot better than it was, in an intricate web of over-representing itself by tens of millions of dollars more than they were worth so as to defraud investors, analysts and the public.

It was listed as negligence, which was not considered a crime, so they essentially got away scot free, but the impact on investors was devastating. The impact of that one bank is still felt today.

“They were providing services and were selling products that they knew could not deliver on what the promise was. Their regulator also wasn’t keen on it. They knew it was not going to be long term but they don’t seem to have cared a lot about their customers and it messed a lot of people. People lost homes, their life savings, and it caused a meltdown,” says Ngari.

As is evident, he says that all this is usually caused by governance issues, sometimes compounded by issues with the business environment. As reported by the Standard back then, Nyaga Stockbrokers had for instance been selling investors’ shares without their consent for almost two years before going under.

While a lot of it falls on regulators to keep banks and other financial institutions in check, measures which have been put in place since all these incidents took place, Ngari says that there are some red flags an individual can also watch out for to minimise the risk of falling victim.

Signs of a sinking ship

Wahome Ngari, a financial expert and founder of Personal Finance Academy shares what to watch out for.

You have to check their reliability. How have they performed in the past with others? Is there a certain trend? Because if they are failing others, why do you think they would not fail you? This tends to be public information. Before a company goes down, there will be some hints. Usually it will have been in the news, in the papers, someone you know may have had a bad experience. You can also check their website or annual report.

When you look at their annual report, check the rates of returns that they have been declaring over the past couple of years, the size of their investment fund or investment portfolio, the number of clients, their distribution system and so forth.

All those will help you see what the company is all about, because if you are investing, you want people who are reliable. You don’t want to invest in fly-by-night people.

2. Competence of the handlers

In this case it is not just about how much they know but how much they care for you as a customer. Are they pushing the product because it is good for them or does it answer your needs? When you talk to the sales person or their agent, are they answering your questions? Do they understand what they are talking about?  If they can’t help you understand the product, then you should be doubtful about where you are going. If you ask for a quotation, does it sound like they understand what they are doing? And this is about competence throughout the whole chain. It could be the competence of the first person you talk to or other that you talk to along the way.

3. How quickly do they respond to enquiries?

Are they accessible? If you have any issues, are they available? If you call them, do they pick up the phone? Do they respond to emails? Do they respond to tweets? There are places where you go and you’re always told that they are in a meeting. So if they are unprofessional in terms of access, in terms of the way they make themselves available and in the way they respond to the clients, that is a red flag. Access is a very key thing because you cannot invest if when you ask a question it is not answered substantively, if you raise a complaint you keep getting referred to other departments and that kind of thing. Also check how courteous they are.

A financial institution should be open and transparent with you. They should send you regular statements of your investment. They should also confirm receipt of any deposits and alerts on withdrawals. That means that they are dedicated to serving you and have an effective team running the investments.

5. Can you pull out easily?

If you want to break your investment, are there consequences? Is it punitive? Is it accessible when you want it or are you told that you have to wait for an unreasonable time? If the process of withdrawing your investment is painstaking, walk away.

6. Confirm that the agents are licenced professionals

Don’t just take people’s word for it regarding credentials, verify it yourself. For different industries, you can check whether whoever is talking to you is licensed. Find out who their licensing authority is. For instance, if the person talking to you is an accountant, they should be registered with the Institute of Certified Public Accountants of Kenya (ICPAK). If they are an advocate, Law Society of Kenya (LSK) has a register of licensed people. If they are in the insurance industry, the Insurance Regulatory Authority (IRA) has a register. The Capital Markets Authority similarly has a register, and almost all these registers are online. If they give you their registration number, you can check if they are real or fraudulent.

There are a few sectors that are not structured or licensed that way but find out how one can verify authenticity within that industry and do it.

Sometimes an institution can have been doing well but are hiding the fact that they are going down. Use your call to judgement. Look at the facts and figures. There are always professionals in that industry that you can consult regarding how well a company is doing. If they are selling you an insurance product for example, and you have a hunch that the company has issues, do you know someone else in that industry who understands it better and can verify it. You can even talk to their regulators or their industry bodies.

Premium Creatives cravings in the new government
Features
By Angela Ndambuki
7 mins ago
Amazon testing TikTok-style feed on its app, AI firm says
Sci & Tech
By AP
23 mins ago
Chelsea investigates incident of alleged racist abuse
Football
By Associated Press
44 mins ago
She is cheating, and hubby is in the dark
BLOGS
By Vivian Namayi
1 hr ago
.