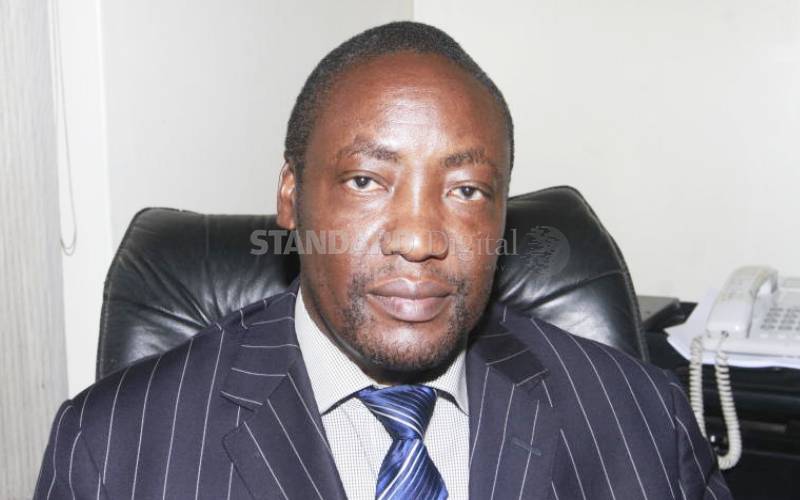 The nominations were contained in a communication to Parliament. MPs are now expected to commence the process of vetting and approving the names. Should the nominees receive Parliament’s nod, President Kenyatta will formally appoint them to replace the Muhammad Swazuri-led commission whose term ended in February this year. Yesterday, National Assembly Speaker Justin Muturi directed that the names are placed before the departmental committee on Lands to start the vetting once the House resumes from recess. “I have also directed the Clerk of the National Assembly to promptly convey this notification together with nominees’ CVs and testimonials to all members,” Muturi added. Mr Otachi, a lawyer of 27 years’ standing, currently serves as the chair of the Geothermal Development Company board. He previously chaired the board of the Policy Holders Compensation Fund.

The University of Nairobi alumni was among a team of lawyers – alongside Ken Ogeto who now serves as Solicitor General – who represented President Kenyatta when he faced crimes against humanity charges at the International Criminal Court in The Hague. The lawyer also spent several years in Arusha where he served as a defence lawyer in the United Nations International Criminal Tribunal for Rwanda that tried genocide suspects. Mr Kambi served as CS during Uhuru’s first term but stepped aside in 2015 when he was targeted by the Ethics and Anti-Corruption Commission (EACC) in a ‘list of shame’ investigation. The EACC has since cleared Kambi who served as Kaloleni MP. Ms Murugi served as Nyeri Town MP and minister for Gender and Social Services. She is remembered for her threat to strip should Uhuru be taken to The Hague; a threat that never materialised. The new leadership is expected to clean up the mess left by previous office-holders, who have been targeted by the Director of Public Prosecution.

One scandal involved the alleged payout of Sh109 million for land valued at Sh34 million to the former chair and other NLC officials, as well as their close relatives. The land, according to court papers, was acquired by NLC for several government projects, including road construction by the Kenya National Highway Authority. Apart from Swazuri, other offcials implicated in the scandal were NLC commissioner Emma Njogu, Director for Valuation Salome Munubi, Director of Finance Francis Mugo, NLC Secretary Lillian Keverenge and Deputy Director of Valuation Joash Oindo.