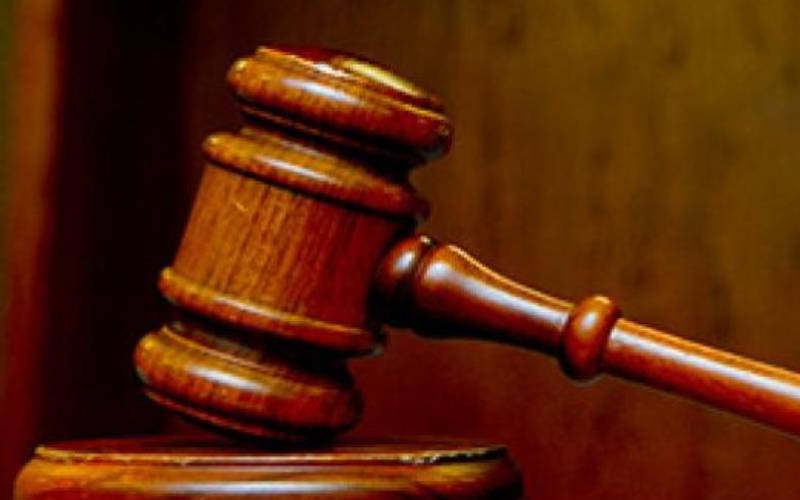 Court finds former Moi Girls High School student guilty of manslaughter following a tragic fire that claimed the lives of 10 of her colleagues, four years ago.

The judge found that she confided in her friends that she would start a fire to vent her frustrations.

Justice Stella Mutuku put the teen, codenamed TWG, at the heart of the fire noting that it started at her bed on the night of September 1 and 2, 2017 at around 2:00am.

However, she noted that it was unclear what exactly was used to start the fire.

At the time of the incident, TWG was 14 years old and a Form 1 student.

The judge however declined to uphold a murder charge pursued by the state.

She was of the view that the girl’s actions were not out of malice as she woke up other students in an attempt to rescue them from the fire.

She said out of naivety, TWG thought that her actions were only meant to cause damage which would force her parents to transfer her from the school and not claim any lives.

According to the judge, the girl seemed unprepared for a life in a public school.

The testimony by more than 40 witnesses called by the state led the judge to believe that the teen was just venting her anger.

She used WhatsApp and sticky notes to express her frustrations and even threatened to burn the school.

From the record, she demonstrated to her friends how she would light a matchbox.

“She wanted a transfer from the school, something which her parents did not seem to give an ear to. She could not handle what was happening in her life and she got her outlet by setting her bed on fire,” the judge observed.

Justice Mutuku, noted that the fire spread from the bed to the dorm’s first floor and was fanned by strong winds thereby trapping the victims.

There are four dormitories in the school–Kabarnet, Complex, Kenya and Elgon.

The fire started from the lower dormitory, Kabarnet, and spread to the upper wing of the same building.

The Kabarnet dormitory was largely occupied by form ones. Each dormitory held about 300 students.

Majority of the schools that experienced unrest were boarding schools, followed by mixed/day, boarding and day schools in that order.

Some 1, 075 suspects were arrested after investigations. Of these, 1,029 were students and some 46 non-students.

A total of 809 of the suspects were prosecuted. Of these, 778 were students and 31 teachers and support staff who were charged with conspiracy to commit arson, attempted arson, malicious damage to property and arson.

There is only one way out, and that is by getting a jab against Covid-19.