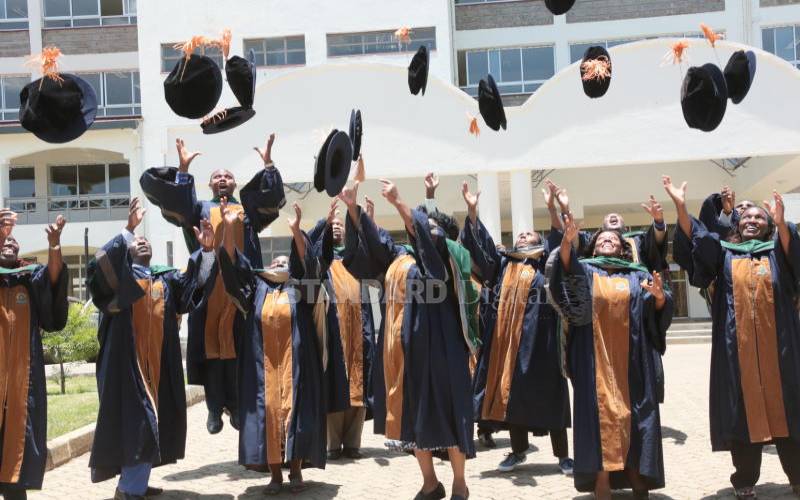 Kenyan universities that attract foreign students have been revealed in a new report that also exposes the competitiveness of the institutions of higher learning.

It is emerging that the reputation and global ranking of the universities, the cost of programmes they teach, quality of education and ease of accessing accommodation are some of the factors that attract foreign students.

Location of the university, type and duration of the courses offered, clearly defined academic calendar, cost of living and availability of international students’ support desk in the respective universities also influence foreigners’ choices.

Overall, the state of national security, immigration rules, culture of the country and ease of getting employed influence students’ choice to study in Kenya.

The University of Nairobi has the highest number of foreigners, with nearly 1,300 international students enrolled.

United States International University (USIU) is second with 1,100 students, Strathmore University third with 660 while Mount Kenya University (MKU) is fourth with 560 such learners.

Maseno University is tenth with 119 students.

Overall, there are 6,202 foreign students in universities.

The study that was conducted between January and February targeted international university students and administrators in 71 institutions.

Ugandans constitute the highest number of foreign students in the mentioned institutions, according to the study. The next big groups come from South Sudan, Tanzania, Somalia and Nigeria in that order.

The others are spread across Burundi, the Democratic Republic of Congo, Rwanda, Malawi and Zimbabwe.

“Most of them are young adults in the age bracket of 18-24 years at 54.1 per cent, and undertaking undergraduate courses,” reads the report.

The majority of these students study business and economics, engineering, medical studies, teacher training and education, natural science and ICT.

Law and other social and behavioural sciences, humanities, media and journalism are some of the other courses of study.

The findings are expected to shape how the universities will position themselves in the globally competitive education field.

According to the statistics, University of Nairobi, Kenyatta University, Moi University, JKUAT and Egerton University are the top five best choices for international students.

Why France's defender Kounde was told to remove his gold necklace during Poland match
Football
By Charles Odero
1 hr ago
Premium Eight life lessons from eight interviews
Features
By Jacqueline Mahugu
2 hrs ago
France advance to the next stage of the World Cup as they beat Poland 3-1
Football
By Associated Press
3 hrs ago
Recce officer killed, his brothers hurt in armed gang attack
Rift Valley
By Kennedy Gachuhi
3 hrs ago
.