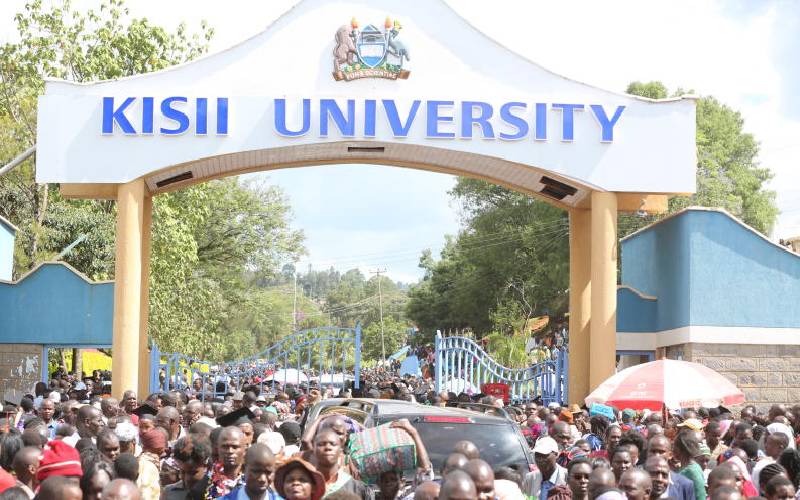 Kisii University has fired more than 350 staff as it moved to act on a directive from the government and the university council.

The affected workers received messages of their sacking on Thursday last week when they were asked to pick their letters. By Friday evening, all affected staff had been notified.

A source told The Standard that 204 staff under the Kisii University Staff Union were sent home while at least 100 others under the Kenya Union of Domestic, Hotels, Education Institutions and Hospital Workers were also relieved of their duties.

The letters were signed by Rose Ogata, the Acting Registrar Administration, Human Resource and Central Service.

In the redundancy letters, those affected were given a one-month period to clear and hand over to their supervisors. No financial payout was indicated.

“You cannot keep employees that you are unable to pay at the end of the month. This was advice from the government. We are looking for alternative resource mobilisation plans and creating an income-generating section at the university,” he said.

The income-generating unit has come up with various plans, including commercialisation of the university’s 100-acre piece of land.

The university had sacked more than 200 staff earlier this year before the management announced a 40 per cent pay cut in May.
The university said the salary reduction had been agreed upon after Treasury released a capitation fee of Sh90 million with a deficit of Sh56 million for the month.

By 2018, staff numbers at the university had increased to 1,138, with academic staff accounting for 19 per cent of the workforce.

In 2008, the university had 158 staff spread across faculties, departments, sections and satellite campuses. Out of this, only 10 were full-time. The other 148 comprised of administrative and support staff.

In May, Universities Academic Staff Union National Secretary-General Constantine Wasonga blamed the management of public universities for the current financial crisis. He said most institutions had over-employed non-skilled workers.