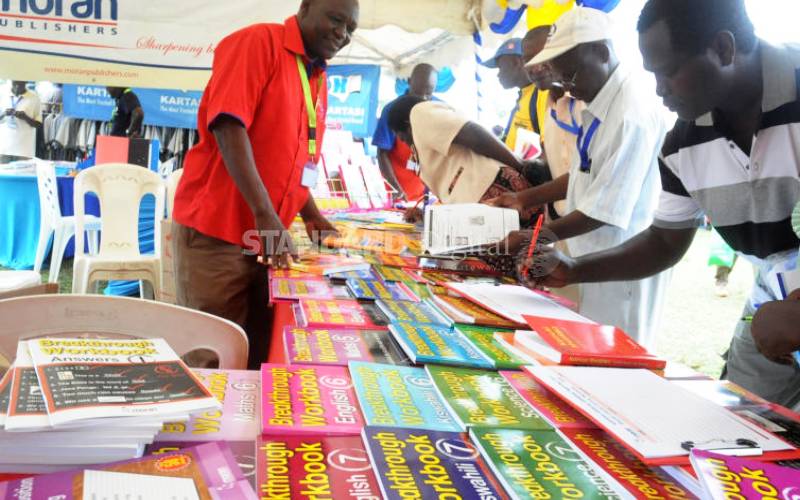 Publishers have assured parents that textbooks for Grade Four under the Competency-Based Curriculum (CBC) will be delivered to schools in November. Government is expected to roll out the CBC at Grade Four in January in all private and public schools in the country. This is after the new 2-6-3-3-3 was rolled out in January this year from pre-school to Grade Three. Kenya Publishers Association (KPA) had earlier raised concern over the delay by the Ministry of Education to release guidelines on the textbooks and other teaching materials for Grade Four. But yesterday, KPA chairman Lawrence Njagi reassured parents that publishers are on course to delivering the books.

“Last Friday, the Ministry of Education opened the tender and evaluation report for Grade Four textbooks. Then we will be given the list of approved books for printing before we supply to schools at the beginning of November,” Mr Njagi said at a Nairobi hotel yesterday.  He was speaking during a media briefing about the Nairobi International Book Fair scheduled to run from Wednesday to Saturday. As part of the quality control of the contents of the Grade Four textbooks, Njagi said editors drawn from KPA and Kenya Institute of Curriculum Development will today meet at Jomo Kenyatta University of Science and Technology to review the books before they are printed and released to the schools. His assurance comes a week after parents and government protested against a book titled The Blood Ties, which was being used in Kenya by Standard Six pupils.