How nursery school teacher was hired to develop new curriculum

However, as the new curriculum enters its third week of piloting stage, details are emerging that it was not conceptualised, designed and developed by the Kenya Institute of Curriculum Development and the Ministry of Education. According to KICD Director Dr Julius Jwan, technical support, conceptualisation, design and development of the new curriculum is the work of Peter Hall Jones. Indeed, he is the only key person mentioned by name for his work in the curriculum’s strategy blueprint ‘Basic Education Curriculum Framework’. Government ministries, development partners, as well as unnamed religious organisations, non-governmental organisations and Education Ministry consultants are said to have had some input but their proper identification has not been made.

No failure in education

This was a major departure from the past, as this was the first time, either during the colonial period or since independence, that a comprehensive review of the education system had to be undertaken by the government without a structured committee of recognised experts, as well as named organisations and persons that could have made some input in one way or another. Taking this into account, Kenyans would be interested to know credentials of the person who conceptualised, designed and developed the education system likely to lead their children deep into the 21st Century.

Notably, the system offers a new era of a no failure in education, a golden age that smacks of Summerhill, a British independent school that had opened in 1921 and promised pupils freedom from coercion but closed in 2015 for failing to attract students. Jones regards himself as an unconventional free thinker, a pioneer of ideas, an innovator and a strategist in demand around the world, developing leaders and challenging current thinking. “He has been developing new ways of working through inspiring training and learning packages and other consultancy services,” says a statement from his The Curriculum Foundation.

In another world, Jones is a motivational speaker. According to Inspirational Speakers, a speakers’ bureau based at Chelmsford in Essex, Britain, Jones has a wealth of stories and examples of nonsense and great ideas from around the world supported and backed up by current research evidence. There is no doubt that as a story-teller, Jones emerged as a great thinker and educationist to Kenya’s educational bureaucrats. Of his educational background and career development, it is better for Jones to reveal to Kenyans his academic genius himself: “I trained to be a kindergarten teacher specialising in dance and art, commencing my first job in London in 1983.

I was fortunate to be made head teacher of a primary school in Leeds in 1992. Later, I became a consultant and set up the Spiral Partnership in 2003 and The Curriculum Foundation in 2006 and around the same time as commencing work as a freelance leadership consultant with the British Council and now as a school advisor.” That is how Jones introduced himself in Pakistan to a group of teachers in a workshop to create awareness of leadership skills amongst teachers.

Nevertheless, although Jones describes himself as a former kindergarten teacher and currently as a motivational speaker as well as a freelance consultant, details are scanty on how he became a lead consultant in Kenya’s major educational review. In this case, one wonders as to whether the Kenya government made a request to Her Majesty’s government in London for a highly qualified curriculum developer for a comprehensive education review and then someone at Whitehall played a practical joke by providing Jones. No matter how Jones wormed his way through into the Ministry of Education, which other government today would hire a nursery school teacher to lead a major education review process?

So far, the three-legged stool curriculum anchored by values, theoretical approaches and guiding principles has nothing new as it is a clone of the original 8-4-4 that intends to introduce practical subjects at a later stage. According to a senior official at the Teachers Service Commission, the new curriculum will be difficult to implement for lack of teachers.

“The country has no skills in most of the suggested fields that include culinary arts, martial arts, exterior design and landscaping, plumbing and ceramics, leather work and fire-fighting,” said the official who sought anonymity as he is not authorised to comment publicly on TSC matters. Describing the new curriculum as a bad copy of the original 8-4-4, the official argued that to implement it would require colossal sums of money to provide specialised physical facilities in terms of workshops, laboratories and training of teachers.

“Most of us do not regard the new curriculum as a people’s driven agenda,” another senior education officer told this writer in an interview early this week. The officer who sought anonymity in fear of reprisals from his bosses pointed out the anomaly that the Basic Education Curriculum Framework is not available at the websites of the Ministry of Education, KICD, TSC, or at My Gov. The document is also not on sale at the Government Printers. The officer said limited circulation is meant to reduce widespread scrutiny of the strategy at this early stage.

Unfortunately, even after over 50 years of being independent, Kenyans seem not capable of drafting an elementary curriculum for lower primary children. The crux of the matter is that the curriculum being piloted in selected schools across the country has largely been developed by Arigatou International Geneva, a Japanese NGO whose Learning to Live Together programme is being mainstreamed into the country’s national curriculum.

Since 2015, Arigatou had been holding seminars for KICD curriculum developers on how to promote a fantasy that is heavily loaded with ethics and spirituality. In a nutshell, Learning to Live Together programme is based on concepts of Eastern philosophical thought that ethics and spirituality are all what is required to attain global harmony.

It ignores historical injustices, corruption, effects of climate change, social and economic inequalities as lightning rods for emerging conflicts not just in Kenya but in many countries in Sub-Saharan Africa, the Middle East and South America. Interestingly, it seems at the heart of Kenya’s ruling elites there is simplistic thinking of turning Karl Marx’s classical thesis on religion by teaching youth that they can find solace in unequal society.

“In line with our mission we would like to partner with KICD to explore ways in which education can be used to promote social cohesion and peace and reconciliation in Kenya,” says Arigatou. Arigatou International was founded in 1990 by Takeyasu Miyamoto, a religious cleric of ascetic disciplines who saw potential of every person to practise perseverance for the sake of what is good. Until now, in no other country, not even in Japan, have Miyamoto’s ideas been swallowed hook, line and sinker by being mainstreamed into the national curriculum.

With all due respect, how did the government, with all its capacity to draw extensive local and even foreign support to formulate a credible national curriculum, turn to a nursery school teacher and a small non-governmental organisation? With the new curriculum, Kenyans better forget their children reaching Canaan or any other paradise. 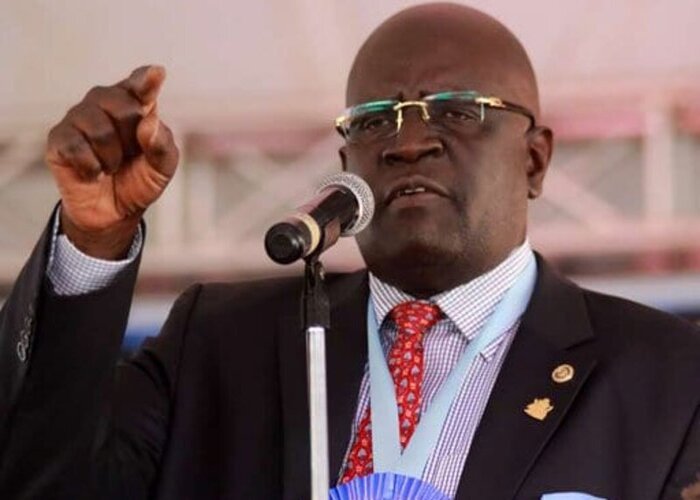 By Augustine Oduor and Brian Okoth | 7 hours ago 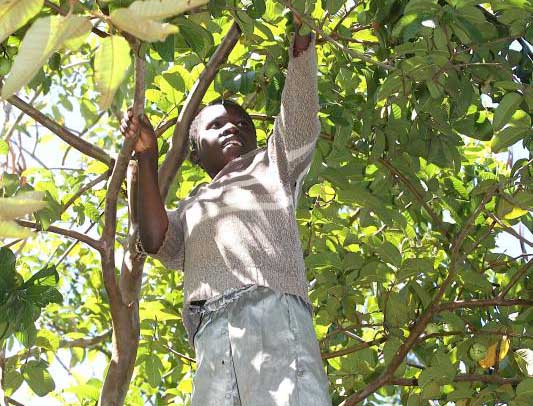