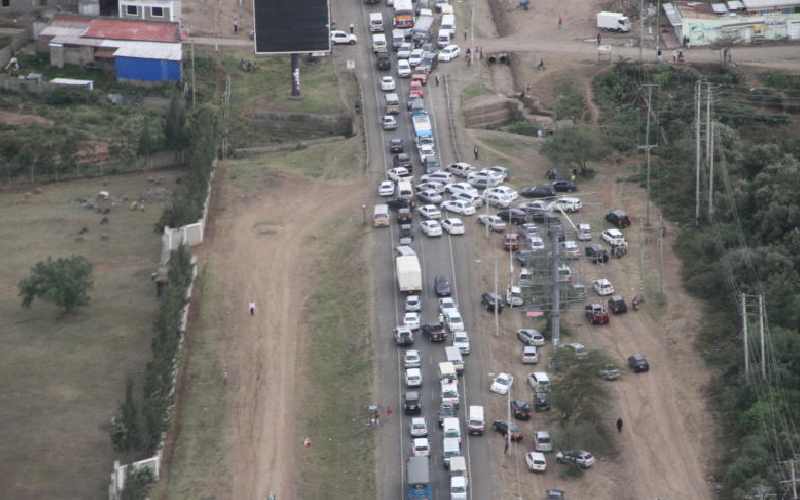 Motorists and travellers on the Nairobi-Nakuru highway had a nightmare on Sunday.

A traffic snarl-up stretching tens of kilometres made it impossible for vehicles to move.

The culture of impatience perpetrated by undisciplined motorists who overlap on any open space made a bad situation worse.

As it were, people were travelling back to the city and upcountry after the Christmas festivities that traditionally entail a lot of travel.

Besides, schools reopened on Monday after more than nine months of closure due to Covid-19, and many Kenyans chose to travel on Sunday.

While Nairobians are resigned to daily traffic jams within the city, a replication of the same on a major highway is bad, not just for the economy, but for the security, safety and health of everyone as well. Critically ill patients caught up in a traffic snarl-up lasting 15 hours or more as happened twice in 2019 on the same stretch of road have little chances of survival. Dealers in perishable goods incur huge losses under such circumstances, and should an incident of fire occur while cars are unable to move, the outcome would be horrendous.

The Nairobi-Nakuru Highway is a major artery and should, as such, be expanded to accommodate the heavy traffic.

Some of the routes that Kenya National Highway Authority occasionally recommends to avoid snarl-ups are long and circuitous, making them less appealing to motorists.

It took thousands of deaths at the Salgaa stretch on the Nakuru-Eldoret Highway before the Government established a dual carriageway and the menace stopped.

The Government should act now to forestall calamities should anything happen when motorists have no way of escaping due to a traffic snarl-up.

Previous article
Succession rows can overwhelm our courts
Next article
Authorities must step up war against drug lords, peddlers

HSBC to axe 82 UK branches, cut services in others