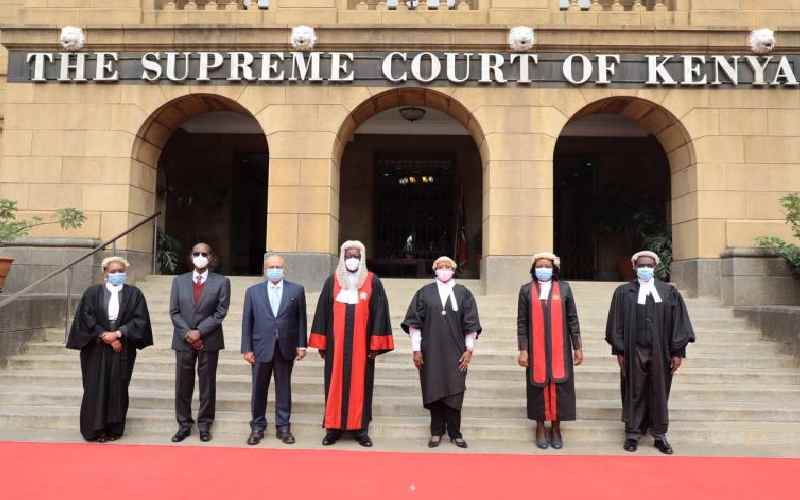 The proposed Code of Conduct and Ethics for Judiciary is a welcome boost in a bid to instil discipline in the institution which has been dogged by scandals in the recent past.

With rising cases of misconduct, criminal and disciplinary actions being initiated against judicial officers that have eroded public confidence in the institution, the Judicial Service Commission (JSC) did the right thing to craft a code of conduct that is now awaiting parliamentary debate and approval.

Among the raft of measures are that judges must adhere to their professional calling and code of conduct, and must desist from engaging in sexual affairs with their colleagues and staff.

The code of conduct also proposes to bar judges and magistrates from seeking personal loans that might be perceived to compromise their offices, for example where a bank extending the loan has a pending case before the judge.

On the face of it, the proposed Judicial Service (Code of Conduct and Ethics) Regulations, 2020 is intended to cushion judges from engagements that might interfere with their work. However, despite the good intentions behind it, there are grumblings within the Judiciary over the manner it was developed. A number of judges, magistrates and judicial staff have expressed reservations about some provisions in the document, claiming they are impracticable.

That’s why we advise the Judiciary not to rush into implementing the proposals. It must consult widely and listen to voices of dissent. That is the only way that it can come up with a wholesome document that will be embraced by all.

As an institution that prides itself in reviewing government decisions that do not meet the threshold of public participation, the Judiciary should allow its members to air their views on what is practicable to restore public confidence in the institution.

If the Judiciary won’t listen to the divergent opinions of its staff, the aim and intent of the new regulations would totally be lost. It is for this reason that the process of enacting the regulations, which is pending before the National Assembly, should not be rushed. Every stakeholder must be given a hearing.

The Kenya Magistrates and Judges Association, the Law Society of Kenya, and Judiciary Para-legal Staff Association should all raise their voices, not to scuttle the process, but to help develop a document that all will embrace.