Political rhetoric a bad distraction from what BBI sought to address 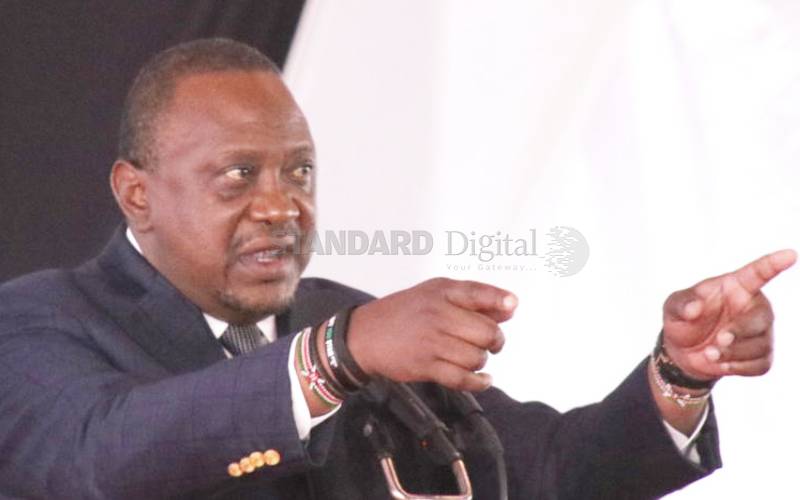 Divergent views by our legislators are a testament of our maturing democracy. Today, leaders from different political persuasions do not shy away from openly expressing their views, even where such views question the presidency that was formerly a no-go zone.

The Building Bridges Initiative (BBI), the result of the March 9, 2018 handshake between President Uhuru Kenyatta (pictured) and opposition leader Raila Odinga, has given us the springboard for testing our fidelity to the freedom of expression espoused by the 2010 Constitution.

By and large, many, like Kandara MP Alice Wahome have availed themselves of the opportunity to speak candidly by telling the king he is naked without fear of reprisals. That is democracy at work and we should encourage different views; the only rider being that such views must be constructive and be in national interest. In the past, consensus on national issues allowed us, in the spirit of "accept and move on", to sweep many concerns under the carpet only for them to haunt us later.

President Kenyatta and Mr Odinga and their supporters touted the BBI as an antidote to the country’s political and socioeconomic malady. That it would address inequality, unemployment, political intolerance and electoral injustice. All that seems lost in the current political grandstanding.

While these political camps ought to compete on selling workable ideologies, they have chosen to play up the politics of self-promotion and self-glorification as the politics of Uhuru succession heats up.

Ostensibly, the handshake was meant to put the country on a path of healing, reconciliation and prosperity. But critics of the BBI Task Force report have dismissed its recommendations as half-hearted attempts to fix the issues and at worst, another round of circus from the ruling class akin to kicking the can down the road.

Sadly, the conviviality between Uhuru and Raila is seen as a licence for civil servants to engage in partisan politics and flagrantly disobey court orders. The Opposition – ideally the government-in-waiting- has chosen to see no evil and hear no evil denying the country the much-needed checks and balances. Meanwhile Jubilee, which ought to govern is imploding.

In March 2018, this newspaper exhorted Mr Kenyatta and Mr Odinga to disabuse Kenyans that self-preservation was the main motive of the handshake. That the deal needed not be an end in itself. We called on them to institute minimum reforms to open up, not just the political space, but the economy to get as many Kenyans into productive engagement and thereby create enough wealth to share around. By whatever measure, things are not looking up.

But grim as things look, we are tempted to give the two gentlemen the benefit of the doubt for stepping back and acting in the national interest. But hasten to remind them - especially President Kenyatta who is the constitutionally recognised head of the nation- that the conditions that pushed the country to the precipice in 2007 exist. We fear things could get out of hand. Let us not tempt fate.