Today, Mashujaa Day, Kenyans remember the men and women who made the greatest sacrifices to put the country on a path of progress. These are the selfless souls who sacrificed individual comfort and personal privilege for the sake of the republic. Many paid the ultimate price protecting or agitating for the country’s dignity. They fought the yoke of colonialism where Kenyans could not enjoy freedom or access opportunities in their own country.

During the British rule, Kenyans were treated as third rate citizens. They were not to be heard or seen in certain places. Their movements were monitored closely and those caught in the wrong were punished heavily. Those who dared fight for freedom and opportunity for indigenous Kenyans were marked, maimed, tortured and sometimes killed in the most brutal manner. For decades, they slaved under the white man who carted away most of the resources generated locally. At some point in 1920, the British masters toyed with the idea of making Kenya a white man’s country and dominate Kenyans forever. However, gallant men and women fought for independence and we achieved it. Kenya will always be grateful for the sacrifices freedom fighters made to gain self-rule.

After gaining independence in 1963, another set of men and women set out to build the nation. They worked hard to put Kenya on the global map. Some of them did so against huge odds and suffered a great deal. They were against selfish and greedy capitalists who cared nothing about mwananchi.

That said, October 20, marked as Kenyatta Day until 2010 after promulgation of the new Constitution, is a time to honour the thousands of Kenyans who have gone out of their way to make this a great nation. They include the freedom fighters, sports people, conservationists, doctors, teachers, civil servants, law enforcers, critical thinkers and many others.

However, there are those that stand out but are rarely honoured. Many of them lead a painful life even after putting Kenya’s interests ahead of their own. Why have we left them to their own devices and abandoned them at their hour of need? We must cultivate a culture of rewarding excellence and building a legacy through each and every deserving Kenyan hero or heroine. How about coming up with foundations for the men and women who achieve great feats in their line, and helping nurture young ones through their examples?

It is unacceptable that just this year, three sporting legends breathed their last, forgotten and in abject poverty. The first Kenyan long distance runner to represent the country in an international event, Nyandika Mayioro, 88, died in February an unhappy man. In 1954, he finished fourth in the three-miles at the British Empire and Commonwealth Games.

Despite running bare foot, he set the pace for thousands of other Kenyan track stars. But in his time of need, Mayioro unsuccessfully tried to seek government help to end a boundary dispute at his rural home at Isoge settlement scheme in Nyamira County. What kind of legacy is that for the galaxy of Kenyan world acclaimed athletes, who have been our best ambassadors abroad?

Another Olympic champion, Robert Ouko, 71, died in August this year in much depressing circumstances. Poor, dejected and forgotten. He won Kenya’s first gold in 4x400 metres race. His death has now left two surviving members of the four sprinters whose record stunned the world.

The two are Charles Asati and Hezekiah Nyamao.

Finally, long before he died on July 7, 2019, Mzee Joe Kadenge had been immortalised in Kenyan football folklore. He is without doubt Kenya’s most spoken-about footballer. The “Kadenge na mpira” phrase is on many Kenyans’ mouth up to today.

But that could be the only thing Kenya gave him. What have we done to nurture other football talents? Is there a thriving football academy named after him? Any stadium worth the beautiful game or the enthralling moments Kadenge gave football fans? Is this the way to treat our heroes and heroines? No way!

Nick Mwendwa to be charged afresh with graft
Football
By Fidelis Kabunyi
16 minutes ago
Let us uproot dupable immigrant recruiting agencies
Opinion
By Dennis Wendo
17 minutes ago
What would you like to ask your Nairobi gubernatorial candidate?
National
By Standard Team
20 minutes ago
Premium Sakaja's case proves one set of laws for commoners, and another set for politicians
Peter Kimani
By Peter Kimani
47 minutes ago
. 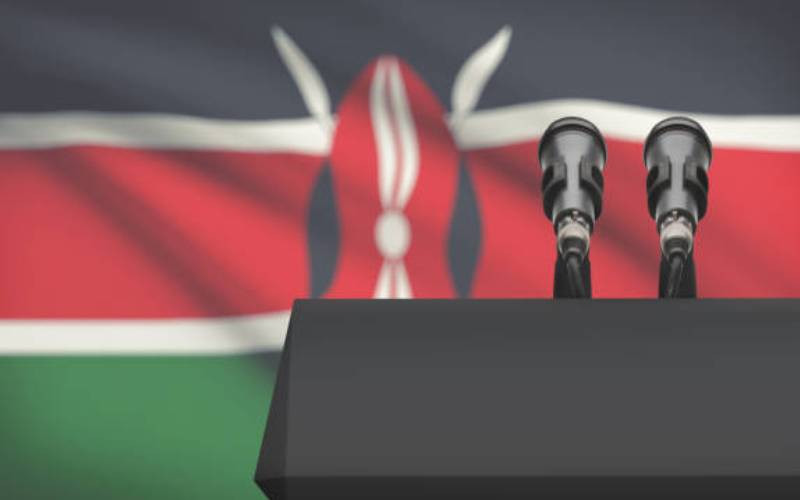 By Standard Team 20 minutes ago
What would you like to ask your Nairobi gubernatorial candidate? 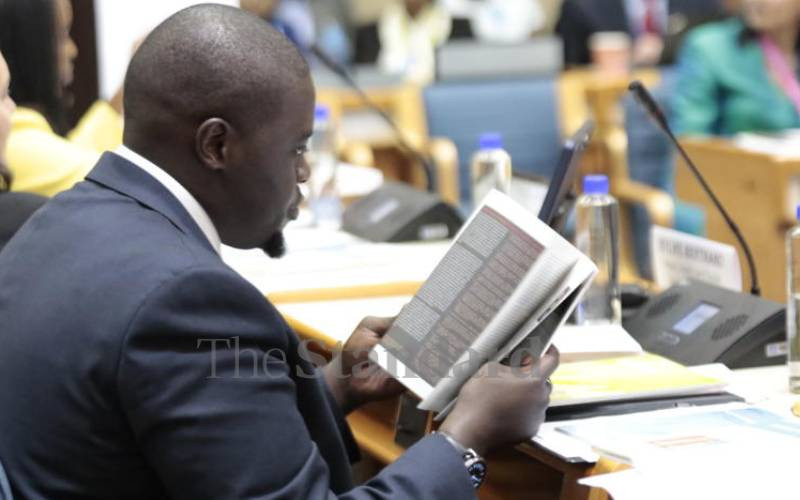 By Peter Kimani 47 minutes ago
Premium Sakaja's case proves one set of laws for commoners, and another set for politicians