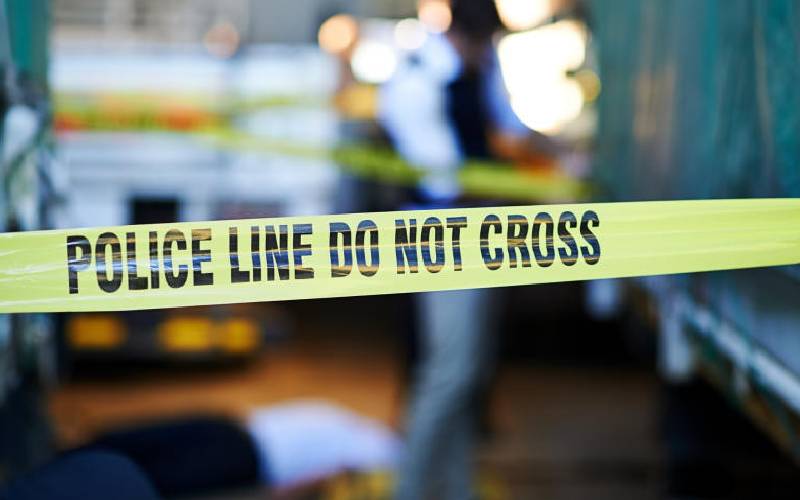 The High Court in Meru has rejected an application by a family to withdraw a case against a police officer accused of killing their kin on July 30.

Kinoti took a plea on September 8 when denied killing Mutuma and was released on a bond of Sh300,000.

And now the late Mutuma's family, led by his mother Joyce Mburung’a, brothers Wilfred Mburung’a and Festus Murega, and cousins Joshua Mutwiri and Nicholas Gitonga, has filed an application to stop the case from proceeding to the trial saying they have opted to solve the matter in a traditional way "to safeguard their cordial relationship with the local community."

In a sworn affidavit tabled before Justice Edward Muriithi, the family said they are members of the Meru community and strict observers of the Ameru cultural practices and traditions.

The family members said they had resolved to move the matter out of court after several meetings with members of their clan and the local community.

"The family members and the community of the deceased have deliberated on the matter and resolved to end the dispute traditionally and amicably to safeguard their cordial relationship in the community," read the affidavit.

The family has claimed, in its court papers, that using a court process to find the killer of Mutuma will jeopardize the good relationship that has existed among members of the two families and the community at large.

"Charging the accused with the capital offence of murder will go contrary to the intention of the family of the deceased, the clan, and the community as well as to the interest of the public," read the court papers.

However, the prosecution has opposed the application by the family of the late Mutuma stating the matter is a felony that can only be withdrawn by the Director of the Public Prosecutions (DPP).

The court noted that it is allowed, by the law, to promote reconciliation, encourage and facilitate settlement, in an amicable way, of cases of common assault, or any other offence of a personal or private nature - not amounting to felony and not aggravated in degree. This may be on terms of payment of compensation or other terms approved by the court, as provided for under Section 176 of the Criminal Procedure Code.

But reconciliation, the court said, would not apply for murder cases.

“While the court respectfully agrees that, in a proper case the court may terminate or allow withdrawal or discontinuance of criminal proceedings, withdrawal must be with the approval of the DPP who is the custodian of the state’s prosecutorial powers, unless his non-approval may successfully be challenged on applicable principles,” said Justice Muriithi.

Justice Muriithi dismissed the application and consequently ordered that the case proceeds to full trial.

He said he will set the date the case will be heard in consultation with the DPP.

The Health Ministry has said as of yesterday, a total of 5,153,667 Covid-19 vaccines had so far been administered across the country.