A woman who was mauled by a wild animal after she was forced out of a truck she had hitched a ride in has given new leads that could help bring the crew of the vehicle to justice.

Irene Mbithe, 20, who is recuperating at Machakos Level 5 Hospital, said yesterday the vehicle she boarded in Mombasa was an oil tanker with a blue body and a white cabin.

She boarded the Nairobi-bound truck after she was taken by another one to the coastal town from Machakos allegedly against her wishes.

“Although I can’t remember the exact place I was picked up from since it was my first time in Mombasa, the vehicle I boarded was a tanker transporting petroleum products, had a blue tank and a white cabin," said Ms Mbithe.

Based on her accounts, the truck left Mombasa between 4pm and 5pm on July 30 and would have taken approximately an hour to the Mariakani weighbridge, where its details would have been captured by a Kenya Revenue Authority tracking system.

Following the new information, an association of transporters has offered to parade truck crews who used the Mombasa-Nairobi highway around the time of the attack to help Mbithe point out the suspects.

Alfayo Otuke, a former CEO with Kenya Transporters Association, said with the estimated arrival time at the weighbridge, it would be possible to track down the vehicle and its occupants.

“With such information of the time they passed Marikani, it will be easy for the association to track down the vehicle she was in and have the drivers who passed the weighbridge at that time paraded for the woman to point him out," Mr Otuke said.

He added it would take the association 60 days to unearth the identity of the vehicle and its crew.

Kenya Ports Authority (KPA) said the vehicle could have been loaded on the fateful day either from Shimanzi Gate 3 or the Kenya Pipeline storage in Kipevu.

“Vehicle particulars are entered at the exit gate at the port, and I think the same is done at the 12 Container Freight Stations (CFSs) here in Mombasa, but if the victim says it was a tanker then such can come from Shimanzi Gate 3 and Kipevu,” said KPA Public Relations Officer Sylvan Mghanga.

Mbithe said once she recovered, she could travel to Mombasa to show where she boarded the truck. She said it was a place adjacent to the highway and where a group of young men were seated chewing miraa. 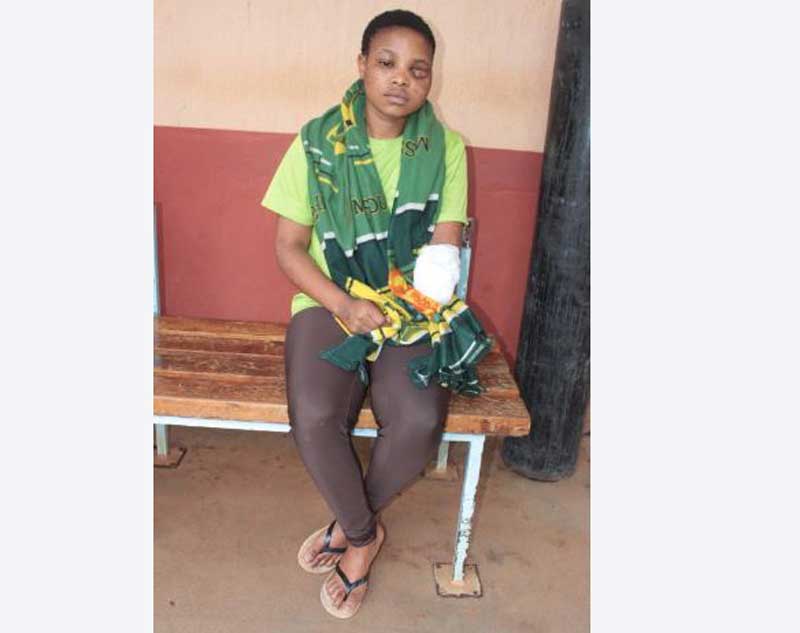 A police report at Mtito Andei Police Station indicates Mbithe was rescued around River Tsavo. She was saved by police officers manning a road block.

Hellen Nzuki, Machakos Level 5 medical superintendent, said Mbithe would be fitted with a prosthetic hand once she healed.

“The patient is still under surgical procedure. We will fix a prosthesis once she becomes stable," said Dr Nzuki.