Is invasion by superpowers like Russia next global pandemic?

By David Oginde | 10mos ago 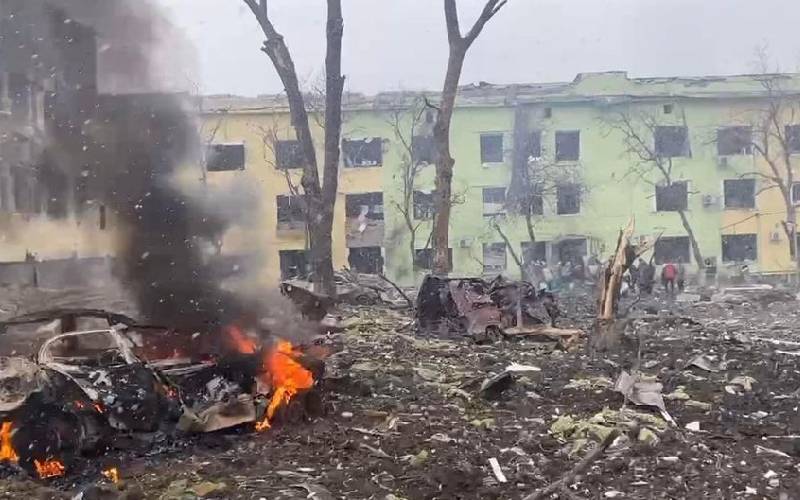 The invasion of Ukraine by Vladimir Putin of Russia has captured the attention of the world in much similar ways that the outbreak of Covid-19 did when it was first reported in Wuhan China.

For over a year, the world had been monitoring – albeit from a far – the Russian military build-up on the border of Ukraine. Though the Russians consistently denied any ulterior motive in the exercise, it was obvious that their intentions were less than friendly towards Ukraine. And like it happened with the spread of covid-19, the world seems to have waited until too late to act on Russia’s aggression. The consequence is that it is now becoming difficult, if not impossible to control the viral spread of Putin’s war. In fact, there are real fears that, just like Covid-19, it could soon engulf the world in yet another global social and economic crisis.

I must confess that I have been living under the illusion that—with the growing spread of democracy, and with the apparent interconnectedness of the world—colonial tendencies of yesteryears had been consigned and confined to the annals of history. My self-deception has stemmed from the false understanding of the concept of national sovereignty in an age when almost all nations of the world are members of the United Nations as “equal” sovereigns.

Of course, there are the five permanent members of the Security Council who are more equal than others. But one would have overlooked this in the hope these senior brothers would use such privilege in the interest of global peace and with benevolent and mutual respect for the smaller and weaker nations.

Unfortunately, some recent actions by some of these powerful nations, and especially Putin’s impunity, have since disabused me of any such lofty notions. The world is still very much a living demonstration of George Orwell’s animal farm, where those in or with power—Napoleon and his fellow pigs, and of course the dogs—continue to pervert the promise of a democratic revolution.

It has been greatly disheartening to see Russia use military force to crush Ukraine and intimidate the global community. Granted, strong messages have been issued by various leaders warning of dire consequences. But Putin has equally issued open threats to anyone in the world who dares stop him. Sadly, the world has capitulated.

Powerful nations have since resorted to imposing strategic sanctions to hurt Russia’s economy. However, as history has taught us — especially in the fight against apartheid in South Africa — sanctions are often long-term solutions that do not yield immediate results. By the time the real pain of sanctions is felt by destructive leaders, they would have either achieved their objectives or inflicted irreversible socio-economic damage on their victims.

Indeed, in a recent address to his people, Putin and his cohorts appear ready to endure the sanctions as they decimate Ukraine. He laughed off the imposed sanctions, declaring that Russia will emerge stronger.

In the meantime, it is estimated that over 13,000 people have already been killed and over two million displaced—a majority into refugee camps across the borders. The shelling of strategic facilities is ongoing, with little hope of any tangible relent.

In all probability, Putin is going to succeed in his mission to take over Ukraine. But how will the world react if, for example, the President of Ukraine is either driven out of the country or killed, as Putin had bluntly stated at the beginning of the invasion? Will we then mobilise resources to help resettle the displaced Ukrainians back to their country, and pump in more funds to help them rebuild their nation – possibly under a Russian friendly leadership like in Belarus?

It is so unfortunate the world has become bereft of decisive and courageous leaders like Winston Churchill – willing to take risks and make sacrifices for the greater good. Whereas the nuclear button in the hands of a man like Putin is a sobering fact, yet allowing him to succeed in his evil mission can only send a chill down the spine of smaller and weaker nations, like Kenya – that we could be next in this new global pandemic of invasions.