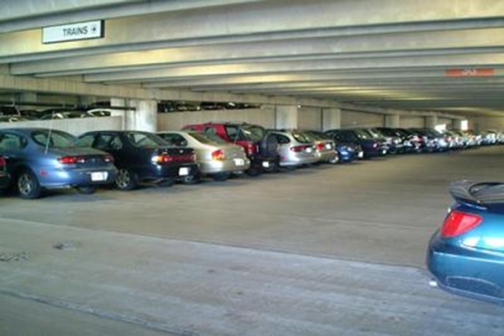 A 'heartbroken' husband hit his wife in a bloody attack after finding her naked in the back of a car with another man.

Robert Andrew Newton, 37, saw red after he got a phone call in the early hours of the morning saying his wife was in a car park having sex with someone, Stockport Magistrates' Court was told.

Newton, of Sherbourne Road, Macclesfield, ran from his home at the time to the car park and attacked his wife and the man.

Karen Saffman, prosecuting, said the woman felt a ‘heavy blow’ to the head and lost consciousness.

She said: “She was in the car with the man and suddenly the door opened and the defendant was stood there with no top on.

“He grabbed the male and starting hitting him. He said ‘that’s my wife’ and started hitting her.

"She felt a heavy blow to her head and thinks that she lost consciousness.

“She heard her friend asking ‘what have you done?’ and she was taken to Wythenshawe Hospital. It was a sustained attack.”

The court was shown photos of the woman’s bloodied face after the attack, Macclesfield Express reported.

Defending, Lucy Glennon said Newton and his wife had an argument before she went out with her friends.

She said: “He received a phone call at 4.30am to say his wife was having sex with someone in the local car park.

"[His wife] said she was only kissing him, but she was naked and he thinks a sexual act was taking place.

“He assaulted the male and struck his wife twice, one was a blow to her face which caused injury to her temple.

"He doesn’t accept that she was unconscious.

"There’s a significant amount of provocation and he shouldn’t have reacted the way he did.

"He’s generally responsible and this was an isolated incident.”

Newton told magistrates he was sorry, adding: “I was in a relationship with someone I loved and my heart has been broken.

"I don’t know how I'm going to get through this. I reacted on the spur of the moment.”

Magistrates fined Newton £165 for assaulting his wife with no separate penalty for attacking the man.