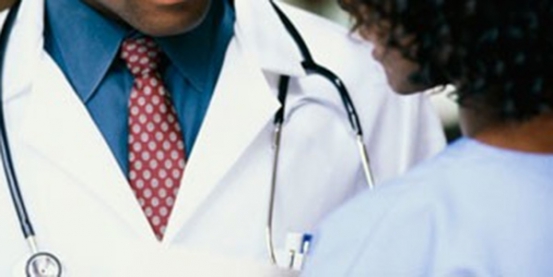 New York: A top doctor is reportedly being investigated over claims he sexually assaulted a patient, it has emerged.

Dr David Newman, a respected emergency physician at Mount Sinai Hospital in New York, is accused of ejaculating on a young female patient's face while she was incapacitated.

The 22-year-old woman reportedly told police the medic knocked her out with morphine after she attended the hospital with a shoulder injury, according to the Daily News .

The hospital confirmed to the newspaper that is it aware of the allegations against Dr Newman, who has reportedly been barred from seeing patients while the investigation is conducted.

Dr Newman, 45, has not yet commented on the allegations and no charges are believed to have been filed.

A statement said: "We are aware of an allegation that has been made against one of our physicians.

"This is a matter under investigation and we are fully cooperating with the appropriate authorities.

"We take this matter very seriously and are conducting our own internal investigation."

According to the allegations, the patient arrived at the hospital at 10.30pm on January 11 complaining of pain in her right shoulder.

She was reportedly seen by two nurses in a private room, who gave her morphine and asked her to change into a hospital gown - removing her shirt and bra - for x-ray.

The woman then alleges Dr Newman came into the room and gave her a further shot of morphine despite her protests that she had already been given the drug.

According to the Daily News, the patient alleges Dr Newman fondled her breasts after she told him she was experiencing pain on the right side of her chest.

The woman - who claims she was unable to move because she was heavily medicated - then alleges she felt semen on her face, which she said Newman wiped off with a blanket.

According to the newspaper, the woman drifted in and out of consciousness before she was woken by a nurse and another doctor, Dr Andrew Jagoda.

She claims, once she came to, she went to the bathroom where she spotted what appeared to be semen on her face and chest.

She reportedly told police she wiped the substance off with her gown before placing it in a plastic bag along with her bedding.

The woman allegedly reported the incident to Dr Jagoda, who offered to call the police before she fled the hospital when the physician explained his supervisor, to whom she had asked to speak with, was in fact Dr Newman.

Dr Newman is an Iraq war veteran who has been described as a leading voice for health care reforms.

Ebola transmission stamped out in West Africa but vigilance needed: WHO

The last known chains of transmission in the Ebola virus in West Africa have been stamped out, but "more flare-ups" are expected, the World Health Organization (WHO) said on Thursday, calling for continued strong surveillance.