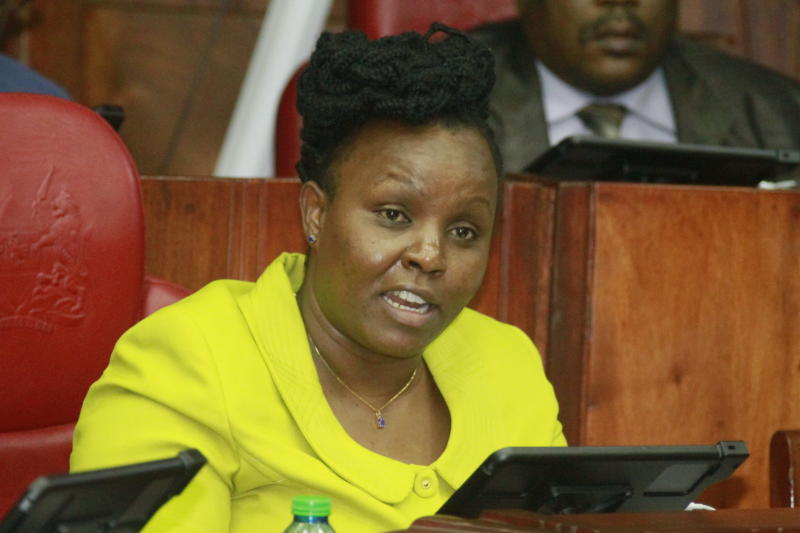 The Data Commissioner position arose with the coming into effect of the Data Protection Act, which aims to regulate the processing of personal data and protect the privacy of individuals.

Kassait is a former Director — Voter education, partnerships and communication — at the Independent Electoral and Boundaries Commission (IEBC).

In a letter by National Assembly Speaker Justin Muturi, he notified the legislators that he had received the message of nomination from the president seeking Parliament's approval on Kassait’s nomination.

“I hereby refer this Message, together with the Curriculum Vitae of the Nominee to the Departmental Committee on Communication, Information and Innovation to undertake the necessary approval hearings and table its report to enable the House to consider the matter within the statutory timelines,” he stated.

The Committee was directed to expeditiously proceed to notify the nominee and the public and thereafter commence the approval hearings.

The committee is expected to table the report in Parliament within 14 days for the House to debate but the Speaker said the MPs were at liberty to seek an extension.

“Noting that the 14-day period within which the Committee is expected to consider the nominee and table its report for debate will lapse during the period of the short recess, the Committee is at liberty to seek an extension of time,” he said.

The Data Protection Act which gave rise to the position is meant to operationalise Article 31 of the constitution. The law states that every person has the right to privacy, including the right not to have their home or property searched, their possessions seized, information relating to their family or private affairs unnecessarily possessed or revealed or the privacy of their communications infringed.

Candidates were expected to hold a degree from a recognised university in data science, law, information technology or related fields. They were also to have a master’s degree and relevant experience of not less than 10 years.