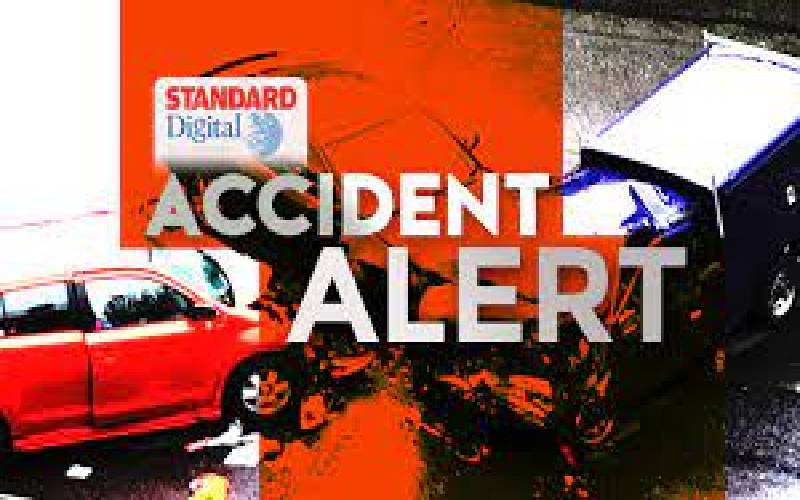 Five people died on the spot and three others are admitted to hospital in critical condition following an accident on Christmas Day at Engwata, Mackinon Road, along the Nairobi-Mombasa highway.

The accident involved a Mombasa-bound BMW and a Subaru that collided head-on in the 7am incident.

The BMW had two occupants who were burnt beyond recognition after the car caught fire on impact.

The Subaru had six people, three of whom died, while the rest are admitted to Moi Referral Hospital in Voi, Taita Taveta County.

The Subaru was said to have been ferrying local tourists to Mombasa.

Kinango sub-county police commander Fredrick Ombaka said: "This is quite unfortunate and I want to caution drivers to be careful especially during the festive season. The two occupants in the BMW were badly burnt. The accident could have been caused by fatigue. We ask drivers to make time for rest when they feel fatigued."

The bodies were moved to Moi Referral hospital mortuary in Voi while the wreckage of the two vehicles was towed to the nearby Mackinnon Road Police Station.

It was the third accident on the stretch of the road between Mackinnon Road and Manyani in Voi within four days.

On December 22, four people died and 36 others injured at Manyani in Taita Taveta County along the highway when a bus and a lorry collided head-on.

On Christmas eve, two people were killed at Maungu and two others were seriously injured when their vehicle was involved in another accident.