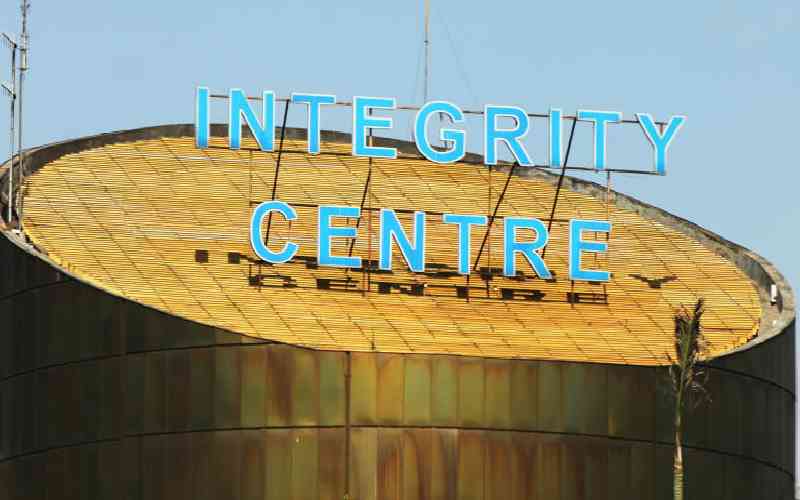 The anti-graft agency has launched investigations into the conduct of Baringo ward representatives over the chaotic debate and rejection of Constitution of Kenya (Amendment) Bill, 2020 last week.

According to a letter written to the leadership of the county assembly by the Ethnics and Anti-Corruption Commission (EACC), dated February 17, eighteen people, including the Speaker, deputy speaker, clerk, principal Serjeant-at-arms and 12 MCAs are required to appear before investigators at the commission’s South Rift Regional office in Nakuru on various dates between February 22 and 24.

Nominated MCA Betty Birchogo confirmed that they had received the summons.

EACC is also seeking to be furnished with certified copies of documents and information of report on the steps taken so far in respect to the incident and the Hansard for the said date.

“To facilitate our investigations, kindly furnish us with the original or certified copies of the Hansard for February 11, 2021, the personal files of Charles Kosgei and Ernest Kibet , a report on the steps taken so far in respect of the incident,” read the letter in part.

The proceedings of February 11 led to the rejection of the Building Bridges Initiative with 30 MCAs voting against the Bill.

Chaos marred the elections, with the MCAs being teargassed at one point.

The ward representatives in the petition are seeking orders to stop the Speaker from certifying the results of the February 11 sitting.

They want him not to act in any manner whatsoever in implementing the decision of the members on the day the Bill was rejected.

Through lawyer Gordon Ogola, the six in their petition said the conduct of the speaker and the clerk, and the proceedings of February 11 concerning the debate of the BBI Bill contravened the provisions of the Section 9 of the County Governments Act.

Ogola said they are challenging the constitutionality of the proceedings that led to the rejection of the Bill.

They claim failure to subject the Constitution of Kenya Amendment Bill 2020 to public participation contravened provisions of Article 94 (1) and (4) that provide, among others, that the Legislative Authority of the public is derived from the people, and that Parliament shall protect the Constitution and promote democratic governance.

The matter is still pending in court awaiting direction.

Chad announced it would deploy 1,200 troops to the area to complement France’s Barkhane counter-terrorism force