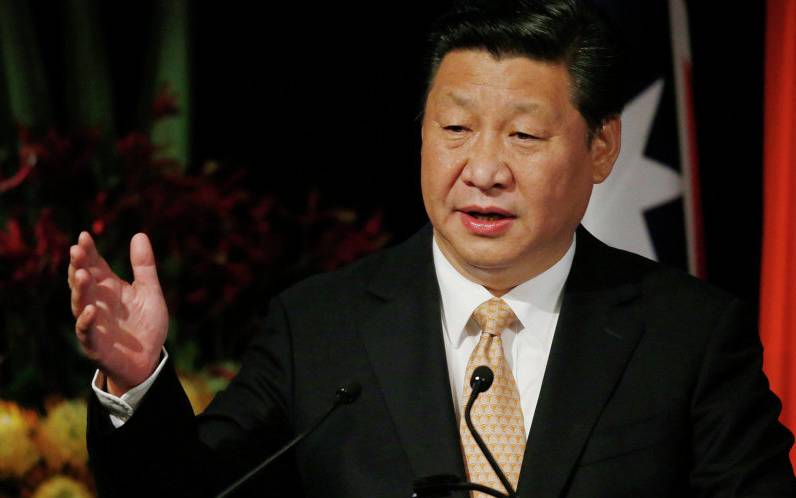 President Xi Jinping (above) of China has today assured African countries that China will continue supporting Covid-19 containment measures in the continent.

The Chinese leader said his country will continue providing technical and material support needed to defeat the virus in Africa.

Speaking during an extra-ordinary China-Africa Summit on solidarity against Covid-19, President Xi said: "China will never waver in its pursuit for greater solidarity with Africa".

He urged African leaders to stick together in upholding multilateralism and oppose the politicisation and stigmatisation of the coronavirus pandemic.

President Xi said China's support for Africa during the current health crisis will include debt relief in line with the G20 moratorium and the FOCAC framework.

Also top of the Chinese help for Africa will be the fast-tracking of the construction of the Africa Centre for Disease Control (Africa CDC) headquarters and support for projects aimed at enhancing intra-Africa connectivity.

In order to aid African economies, recover from the adverse effects of the pandemic, the Chinese leader said his government will support programmes aimed at strengthening value chains on the continent.

President Xi assured African leaders that his government will ensure Africa is among the first to benefit from the Covid-19 vaccine once it is rolled out.

President Kenyatta, who attended the summit in his capacity as a member of the Bureau of the Assembly of the AU Heads of State and Government thanked China for the Covid-19 related support given to African countries including Kenya.

"I wish to thank the Chinese government for the swift response to provide Kenya and the rest of the continent with medical supplies including testing kits, Personal Protective Equipment (PPEs), and pharmaceuticals to help us fight, not just the COVID-19 pandemic, but also the locust invasion," President Uhuru said.

The Kenyan Head of State identified loss of jobs and reduction of revenues as key impacts of Covid-19 on African economies and appealed for more economic interventions by China.

"Given the scale of economic devastation in the continent, I would like to call on China to further deepen debt relief measures and to consider trade concessions, to provide African countries with the breathing room they need for economic recovery," President Kenyatta said.

The Kenyan Head of State called for the strengthening of Africa's health systems saying the continent's weak health infrastructure is a setback in the fight against Covid-19.

"I am aware strengthening of public health systems is one of the pillars of the Forum on Africa-China Cooperation (FOCAC).  As the pandemic has demonstrated, this is a critical agenda, which has not received the attention it deserves," President Kenyatta said.

Further, President Kenyatta advocated for the strengthening of Africa's disease control capacity, deepening of China-Africa cooperation in manufacturing of pharmaceuticals and health equipment as well as the creation of open trade corridors for health commodities in order to reduce the disruption of the global production and supply chains.

While responding to President Kenyatta's address, President Xi Jinping congratulated Kenya for ensuring the uninterrupted flow of cargo from the Port of Mombasa into the East African hinterland via the Standard Gauge Railway.

The decision by Kenya, the Chinese leader said, had helped keep trade flowing in the region despite the cargo movement restrictions occasioned by Covid-19 containment measures.

Speaking on behalf of the East African Community (EAC) where he is the current Chairperson, Rwandan President Paul Kagame thanked the Chinese government for committing 2 billion US Dollars to the global fight against Covid-19 over the next two years.

The African Union Chairperson and co-convener of the virtual summit President Cyril Ramaphosa of South Africa said the continent had acted decisively and in unison in its response to Covid-19.

The South African leader called on the Chinese government to consider supporting African nations with six months worth of equipment and other supplies through the AMSP. The AMSP is supported by the Afrexim Bank.

Number of hungry Kenyans swells to 2.3m in seven years

The Route to Food project lead Layla Liebetrau said the analysis was aimed at evaluating whether concerned entities are doing enough.

By Vivianne Wandera | 7 hours ago